Bree was the chief Village of Bree-land a small wooded region near the intersection of the main north-south and east-west routes through Eriador. Bree-land was the only part of Middle-earth where Men and hobbits dwelt side by side and Bree had a large population of Hobbits.

The village was built under and around a part of the Bree-hill and was surrounded by a deep ditch and a hedge. The great East Road passed through this hedge on its western side, and the southern corner where the hedge and dike met the sides of the hill. At both of these points stood a gate that was closed and guarded after nightfall.

Buildings were built on both sides of the road, and some, like The Prancing Pony, near the slopes of the hill. The hill itself was burrowed by Hobbit-holes.

Outline
The main terrain for Bree-Hill has already been completed at the time of writing this, and the Prancing Pony’s complex has been fully built, as well as the houses directly outside it. Terrain for the surrounding area around the base of the hill has not yet been terraformed, but will begin soon. The plan is somewhere around 50% complete. The design for hobbit holes has not yet been decided, but the house design has been decided and jobs for house construction should open very soon. 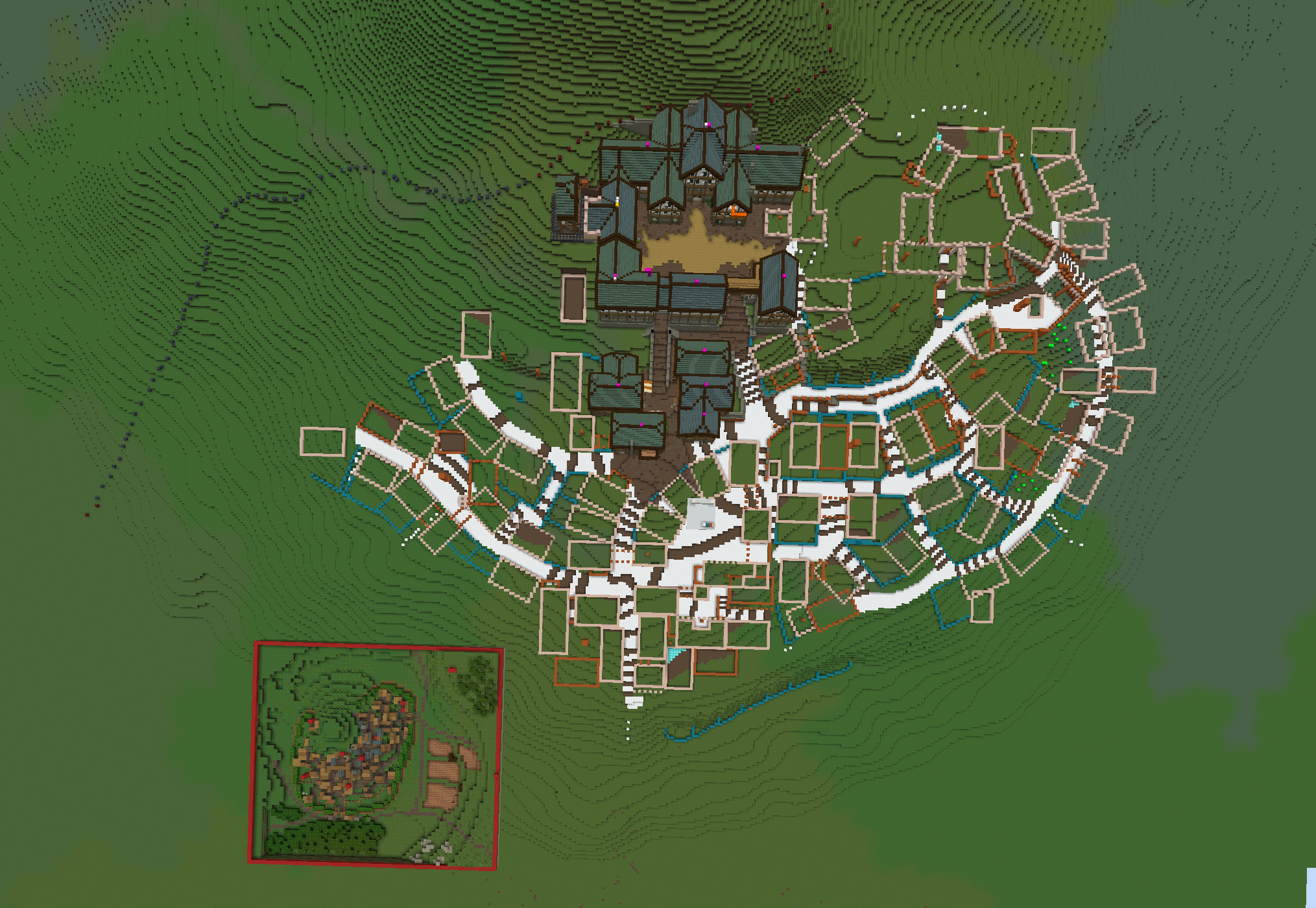