Editor’s Note
Good evening one and all, and welcome back to my biweekly (give or take a week or two) ramble where I give you the tasty gossip about the EpicQuestz community. There’s a lot of note on projects, and a delayed interview on the menu, and we begin with…
-@dog_lover11 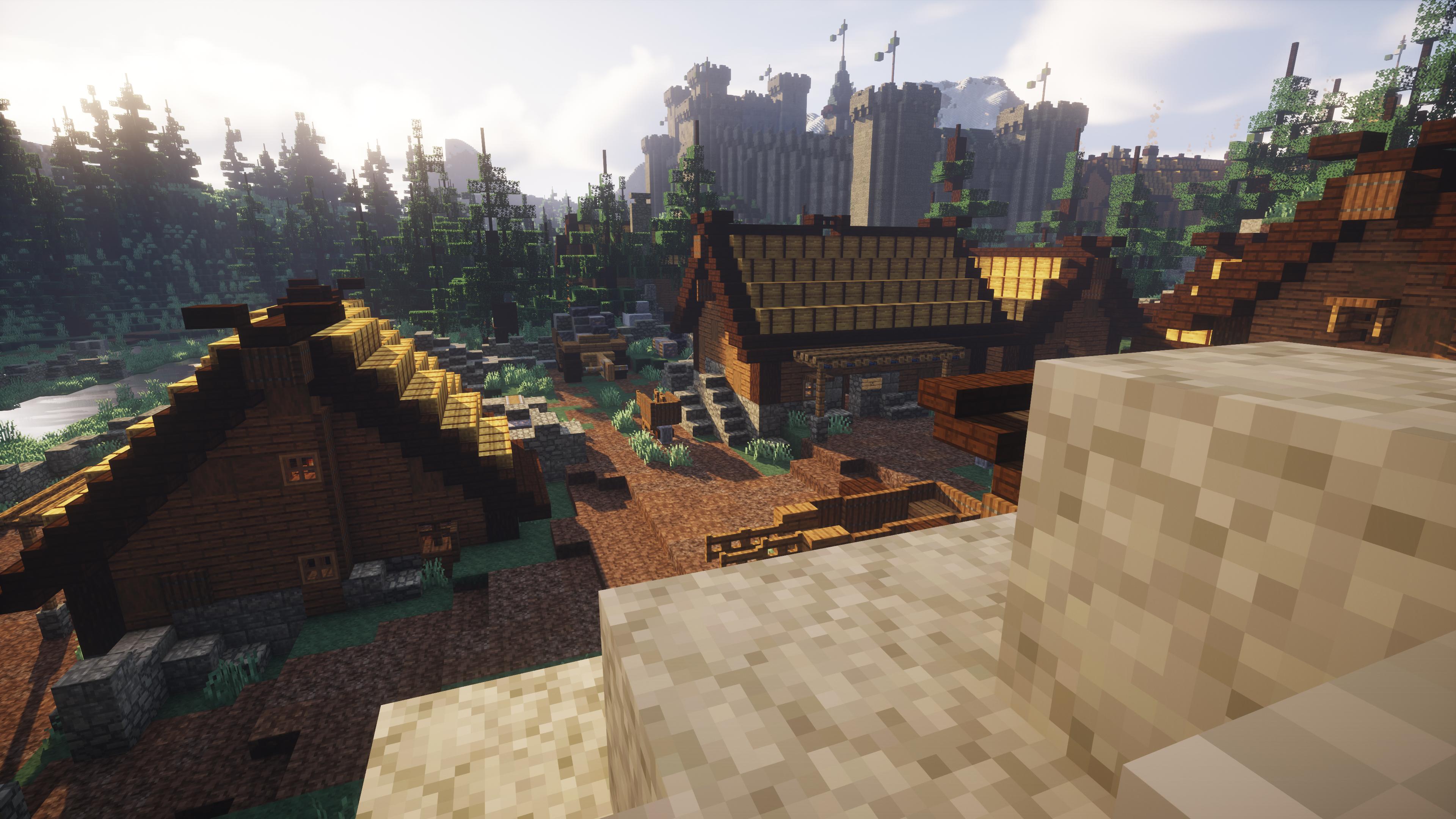 Aldburg | In Progress
Project Leader: @Tobberz
I have gone through the map to establish a few more tasks that should enhance the map. We’ve decorated the mining facility, and I’ve worked a lot on street decor in the inner bailey. The remaining job is reediting the logger’s house, and afterwards Tobberz and his crew will figure out the map dimensions and work on it’s release.
- Lead Manager, @LimeeFox Bree | In Progress
Co-Leader: @LimeeFox Co-Leader: @dog_lover11
Much news to share, since the last time! The paths and roads have been worked on quite a lot, receiving smooth curves and leading to new places. A fair amount of houses has been laid out, and the city walls have been structured. We’ve designed the hedge that will accompany the wall using the new 1.17 lush leaves! Both of the city gates have been constructed, accordingly with the movie. Furthermore, Enoshade and I have been intensively testing some forest designs using custom trees and biome-dependant leaf texturing (pictured above). A couple of interiors have also been built.
- Project Leader, @LimeeFox

At long last I can reveal that the most recent interviewee is Floek_2 (@Byyns on forums and discord). As the most recent addition to the build team, it seems only logical that I ask him a few questions about his journey into the fold. Let’s see what he had to say.

When did you first find out about the server, and how?
About 2 years ago, I think.

How did you discover EpicQuestz?
My friend, LimeFox, started talking about his time on the server, what he did, what he enjoyed. That’s when I came by to see the creations you built and got interested in the server.

What was the first project/job you did?
I’m a very new builder and I didn’t get time to choose a job yet because I was working on a personal project that I started long ago. However, concerning past projects, I’ve really liked how Grimslade rendered out! If I have some time (which I doubt I’d hardly have), I may try to get a job on Aldburg.

Who was the first person you interacted with?
The first person whom I talked to was Fox obviously, but Enoshade is the person who accompanied me throughout the builder’s application process. I’ve now met quite a few amazing people of the EpicQuestz’s team!

What made you want to apply for builder?
I’ve always enjoyed building, and since I already knew somebody from the server it seemed logical for me to apply - although I must give credit to Fox’s peer pressure for me to apply, even though I’m now really glad he did

Other Developments
The previous staff meeting summary has been finalised here.
And for the members, the #Project-Leadership and #Project-General Discord channels have been combined into simply one #Projects channel, and the same with the old Rohan channels, which are now simply #Rohan.

Technical Corner
Many of the server’s plugins have been updated as of late, and links in the #social-media channel on discord now embeds posts once again.

Our resident Frisian, @ketagoblin has been hard at work on a new large plot with a nice town aesthetic.

As we draw to a close, here I am again, remembering how difficult it is to think of what to write for an outro. I suppose I will simply remind you that our 10 year anniversary is coming up at the end of this month, and then wish you all a very happy Sunday evening. Farewell, folks.


BI-WEEKLY QUIZ:
What locations from Middle Earth would you like to see built by us in the future?

Answer to the previous quiz:
The most powerful of the Valar was named to be Melkor, eventually known as Morgoth.

Thanks for the awesome newsletter Dog!

I know I’m in the minority, but I’d love to see a take on Menegroth, Angband, or another first-age location - these places fascinate me all the more due to how little they are depicted compared to their third-age counterparts, and the more grandiose scale of Arda when ‘The world was young, the mountains green.’
But Rhun or Harad would be awesome too, I recently saw a really cool oriental take on these parts of the world, but can’t fins the digital paintings anymore.