Osgiliath was the old capital city of Gondor. The city straddled the Anduin River at a point approximately half way between the cities of Minas Anor to the south-west and Minas Ithil to the north-east, and north of the nearby Emyn Arnen.

In the Great Hall of the city the thrones of the sons of Elendil were set side by side. In its days of glory, the city featured quays to handle sea-going vessels that came up from the sea, a great stone bridge supporting houses and towers of stone, and the Dome of Stars, which housed the Osgiliath-stone, the greatest of the seven Palantíri.

Outline
The astute amongst you will realise we already have an Osgiliath, released in 2014. However, this does not live up to standards or the vision we have for the city today. As such, we’ve taken the decision to build this location anew. It is a terrain-light and structure-heavy build, so will require maximum Member participation.

I will update you all tomorrow on what you (Members) can do to help out, and there is a lot we need help with!

EXTERIOR HOUSE BUILDING
There are three houses that need building, please go to /warp Osgiliath-example and notify me which house you intend to work on. Right now the houses are just outlines in concrete.

You can see the style you need to build in below the warp on the example street. I am aware that I have not yet produced a full build guide for the Osgiliath house style, but I am going to rely on your immense capabilities and capacity to follow a set style for these 3 houses.

If you need any advice, talk to me or @the_pharaohs_cat - though be aware he is quite busy. The wall texture is 90% stone brick, 10% cracked stone brick.

INTERIOR DECORATION
Numerous houses in the example street need interior decorating. Head over to the warp mentioned above, and go below to the houses marked with the yellow INT block. If you need some help or advice, talk to @BorinSwordbane who is leading interiors on this project.

FINAL NOTE: You must and I repeat must use the Resource Pack linked above in the header of this thread. I cannot stress how imperative this is.

TL;DR: This is for planning, I don’t expect every Member to have a read of this. But you can do so if you wish - it’s where I’ll direct you if you ask awkward questions.

EXAMPLE AREA
This is where we’re building right now and is being done to work in the style, iron out kinks, etc etc. Obviously not all of Osgiliath will be built in this exact style, but it is a good place to work out general motifs.

Note: By “area” I am talking in general terms, when I use “district” I’m talking quite specifically about an area of the city which is defined in a certain way - I’ll be using this terminology as we go on. Districts are simply subdivided into streets, but we don’t really have either yet! 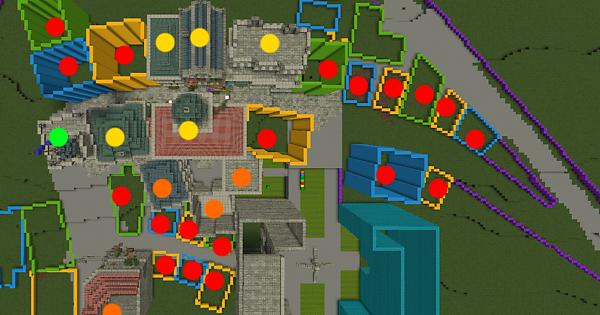 The main street of this area goes east-west across the screen, curving slightly. It’s a Middle-Class Merchant Craft street, meaning it comprises comparatively grand buildings, with generally high-skill/low manual labour shops (apothecaries, higher-end cobblers/cordwainers/tailors, chandlers, and general merchant commerce shops. This sort of street would not include stuff like butchers, bakers, etc. Obviously there would be Middle-Class butchers and bakers, just not on this specific street. Butchery especially was a grim profession and you wouldn’t want such an occupation here. Here we would also find Guildhalls for Merchants and higher-end Crafts. Above all these shops would live the people who run them.

The street one below this main street (going east-west above the bottom of the screen) is a Middle-Class Lower-End Housing street. The houses here will be much smaller, but they are still Middle-Class by virtue of their setting - right next to a Merchant street as well as a palatial building. @the_pharaohs_cat will have to help work out an alteration to the style to fit with these smaller houses.

That effectively covers everything I’ve noted on this screen. I will work with the Project Leadership on some more definitions and properly plan out all the districts & their streets once we have fully completed the Example Area, but other street designations will include (but are not limited to:)

And similar for lower-classes. Upper class areas would just include housing. I will make a full list of professions at a later date.

Remember, you can go into the languages menu and select English (EpicQuestz) to get access to all the custom item names that go with the pack which makes life easier - i.e: searching “Stone Brick” gets all custom Stone Brick blocks (pillars, narrow, etc). Preliminary guide released! This isn’t an exhaustive style guide, but just some simple DOS and DON’TS to keep you unconfused!

O S G I L I A T H GUIDE I - Don’ts 1. Do not stray from the established styles! Ensure the house fits with the location. This house does not fit with the style! 2. Do not build a house directly on the ground - build it floating first. It will be... 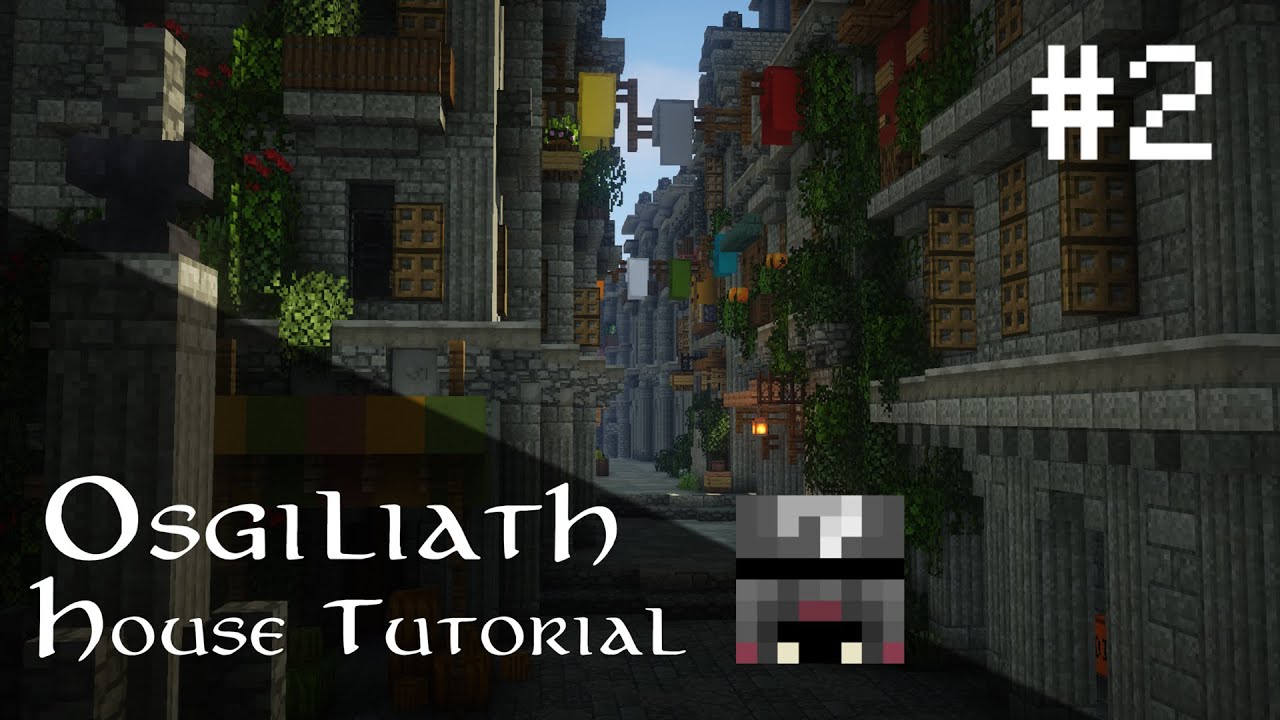 @the_pharaohs_cat has released a video to go with the above post, explaining how to build perfect exteriors.

Here is an updated map of the first quarter of the city we are doing: 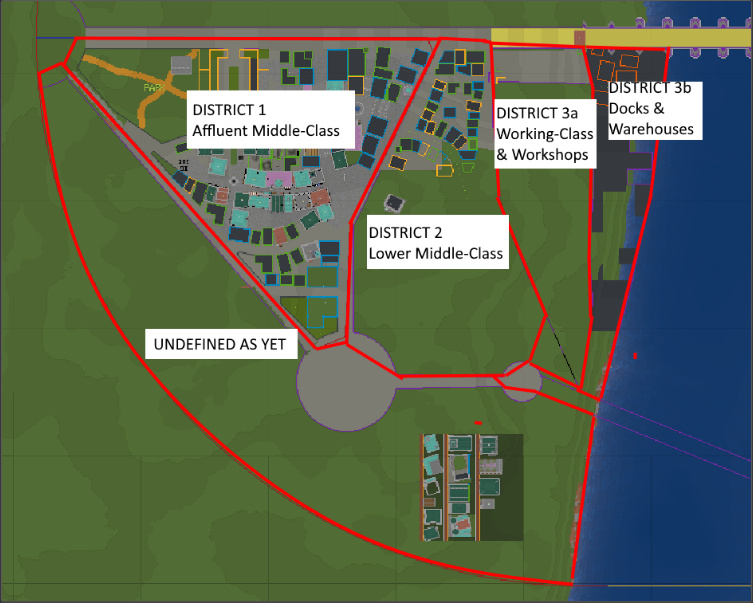 As Osgiliath is paused, I’ll move this to the Archive section until it’s re-opened.