2880×1800
Editor’s Note
Happy Easter everyone! It feels good to back as an editor, a lot has changed since my last edition. I’m no longer green for starters

Since we had a longer break than usual – 4 weeks instead of the usual 2, there’s an awful lot to tell you, so I’ll get straight into it.
-@dog_lover11

1911×696
Osgiliath | In Progress
Project Leader: @the_pharaohs_cat
"Not much has happened since the last update letter. I have begun redoing some parts of the Dome of the Stars so that it will be easier for me to build the rest of the centre island. We are also now actively working on a guide for the ‘affluent middle-class house’ in Osgiliath (aka the houses that are being built currently).”
- Project Leader, @the_pharaohs_cat

"Rohan progress has been going at the same rate as always, though I am planning to ramp up production in the next week or two and get the Aldburg terrain completely finished up and ready for building. Since all of the assets have already been exported, progress on different areas should also speed up significantly.”
- Project Designer, @Enoshade 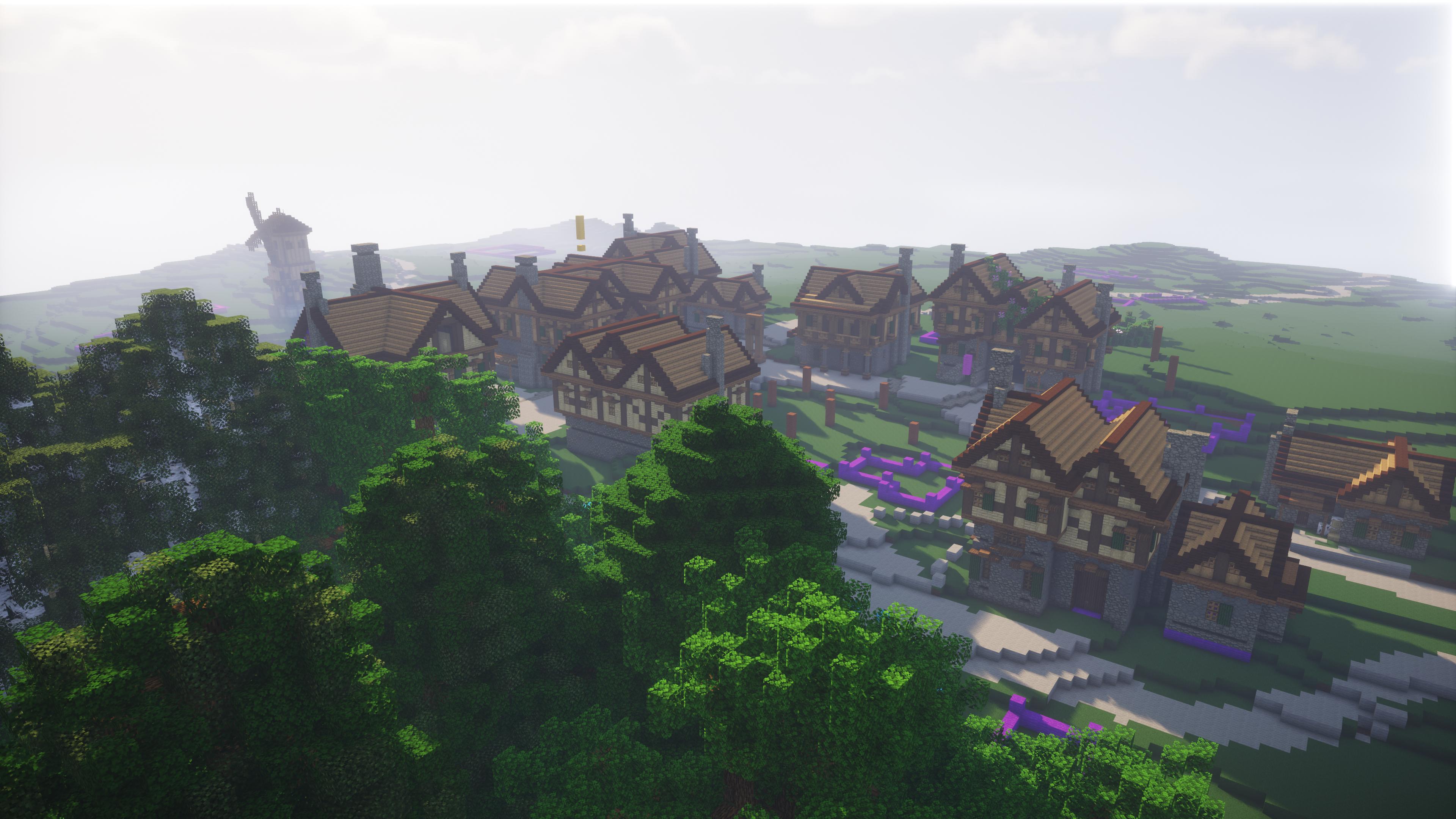 LimeeFox and raarmaarwaar have started a secondary project together, called Setton. It’s located in Breeland, south of Bree, and consists of 22 houses including farmland. Two house designs have been generated by the leaders, and will both be used as examples for the rest of the project, so as to add some variety. So far, 12 house exteriors are near completion, and the forest is all but complete as well.
If you want to lend a helping hand, ask @fox#8009 on discord to be added to the project plot.
- Editor, @dog_lover11

Where to begin? A lot has gone on around the server’s staff ranking the last couple of weeks, as well as ranks being reshuffled in general.

To start off, the ranks of Creator, Traveller, and Designer have all been changed, Creator has been abolished and the Designers have been appointed seperate Lead Roles. Traveller is now the default rank when first joining the server. As such, there’s been a lot of promotions and roles assigned, but I’ll report more on that in the promotions section.

The first commentated video in a long time has finally been released on the EpicQuestz YouTube channel, an update video recorded by Tobberz and Edited by LimeeFox. It outlines the brief history of EpicQuestz’ independance, and shows off some recent projects. Go take a watch if you haven’t already! https://www.youtube.com/watch?v=7B3OHN1uMpU

Our texturers have been hard at work, and all the working texture packs are now up for download at https://www.epicquestz.com/resource-pack/ The Legacy Pack will not be developed, but remain available for older maps. The Gondor and Rohan packs are both under consistent development alongside one another, and should be used on the respective projects.

FAWE still isn’t working, so we will have to stick with AWE on 1.15 for now. However, @StealWonders has found a Voxelsniper plugin compatible with 1.15. While it lacks region support, and will thus be reserved for staff members for now, it does offer us more tools for terraforming - which was one of the main issues with AWE in 1.15.

Tobberz had the Heads Database plugin installed for €10, to at last replace the HeadsInventory plugin that was incompatible with 1.15.2. However, this brings up the top of funding for the server, which is seemingly low at the moment. So if you have any spare cash lying around, please consider donating to help keep our server up!

To start, some of our Travellers have been given, Builder rank, and have returned to the former glory of their dark green names.

The rank of Designer has also been separated more distinguishably, and our former purple friends have been split into their retrospective roles; Enoshade is now Lead Terrainer and the_pharaohs_cat is named Lead Builder.

Outside of Minecraft itself, LimeeFox has rejoined the staff team and has been named Social Media Manager, I (dog_lover11) have been assigned the role of Editor-In-Chief of newsletters, and StealWonders is named as YouTube Manager.

Tobberz has risen to the glory of Owner, as well as being officially named Website Manager and Lead Texturer, and our favourite cheese man Gelek continues his brief meditation and has been named Creator Emeritus.

These roles have been divided up to be more organised and so that things can run more smoothly, so that people can lead their sectors and help EpicQuestz run as the fine, well-oiled machine it is.

Lastly, not exactly a promotion but Artists now have a purple rank, and have been given the chat colours Designers previously had.

-osgiliath-info channel on Discord for all the information you need to proceed.
- Build tree designs for Setton.

For a long while now, Savitar has been working on a truly marvellous creation; four large plots merged together built in the Rohirric style, and located at the north east side of West Emnet. After many details being added and edited over a long period of time, it seems he’s almost finished at last. The last couple of weeks, he’s worked on several interiors, but namely covered a vast majority of the plot in bushes and vegetation by hand, and added a mini market and docks on the river.

“Once a wise man told me: ‘Don’t look for new landscapes, use new eyes to see what is already there.’ And that’s what I did while creating this solo project. I used my mind, not google.”
- Artist, @Savitar

That’s it for today folks, apologies for the extra two week delay but I’m sure we can all agree it was worth it. There might not be an overload of project progress, but we’ve certainly had a fair bit of news for ranks. I hope you are all staying safe during these times of quarantine.
P.S. If any member wants to write the next newsletter, PM me on discord, Doggo#5538

BI-WEEKLY QUIZ:
How many Oscars did the Lord Of The Rings trilogy win in total?

Answer to the previous quiz:
As last week’s question was more open ended, there was no specific answer. As such, I’ve taken it upon myself to pick my favourite answer, so you’re not left daydreaming about dragons for the rest of your days.

“I know that Morgoth created the dragons to insult Manwe, who had his Great Eagles. Kind of like how orcs are a direct insult to Eru and a mockery of the elves. It could be said that the dragons are corrupted beings that Morgoth bred, but he didn’t have the power to create proper life. Maybe they were just Maiar spirits he corrupted like the Balrogs.
Maybe he did create them with his pinky finger…”
~ Louis_rc

Great newsletter provided by our own God of dog lovers, I’m glad it’s back after the 4 week break! Good job my man.

Did the LotR trilogy win any Oscars at all? It seems that nowadays Oscars are reserved to movies aimed at the lowest common denominator, and very rarely for ones that deserve it. Perhaps it was different then. While I could guess anywhere from 0 to 20, I’ll settle at something that seems significant yet reasonable. 5.

Editor-in-Chief of Newsletters eh?
A well deserved promotion, I must say. Wonderful newsletter, it’s great to have it back after 4 weeks. Also ta very much for including my answer as the unofficial favourite one : D
Rather surprisingly to some, I’ll be abstaining from this week’s quiz question, seeing as I did help DogMan develop it in the first place. Maybe I shouldn’t have revealed that and sneakily got the answer, but to do so would be highly dishonourable.

Has another God descended from the heavens and joined the ranks of the EQ Deities? This is certainly exciting news

Yes another god has descended from heaven to aid us, now there are three of us!