1920×1015
Editor’s Note
Hiya folks, it’s me, your Friendly Neighbourhood God of Tea! For the second time now, I’ve been the (un)lucky soul who’s doing the newsletter this fortnight. After a nice relaxing weekend of doing bugger all, it’s time for me to truly knuckle down at 10:00PM (rookie numbers, I know) on a Monday night and get this thing done. It promises to be a barrel of laughs! 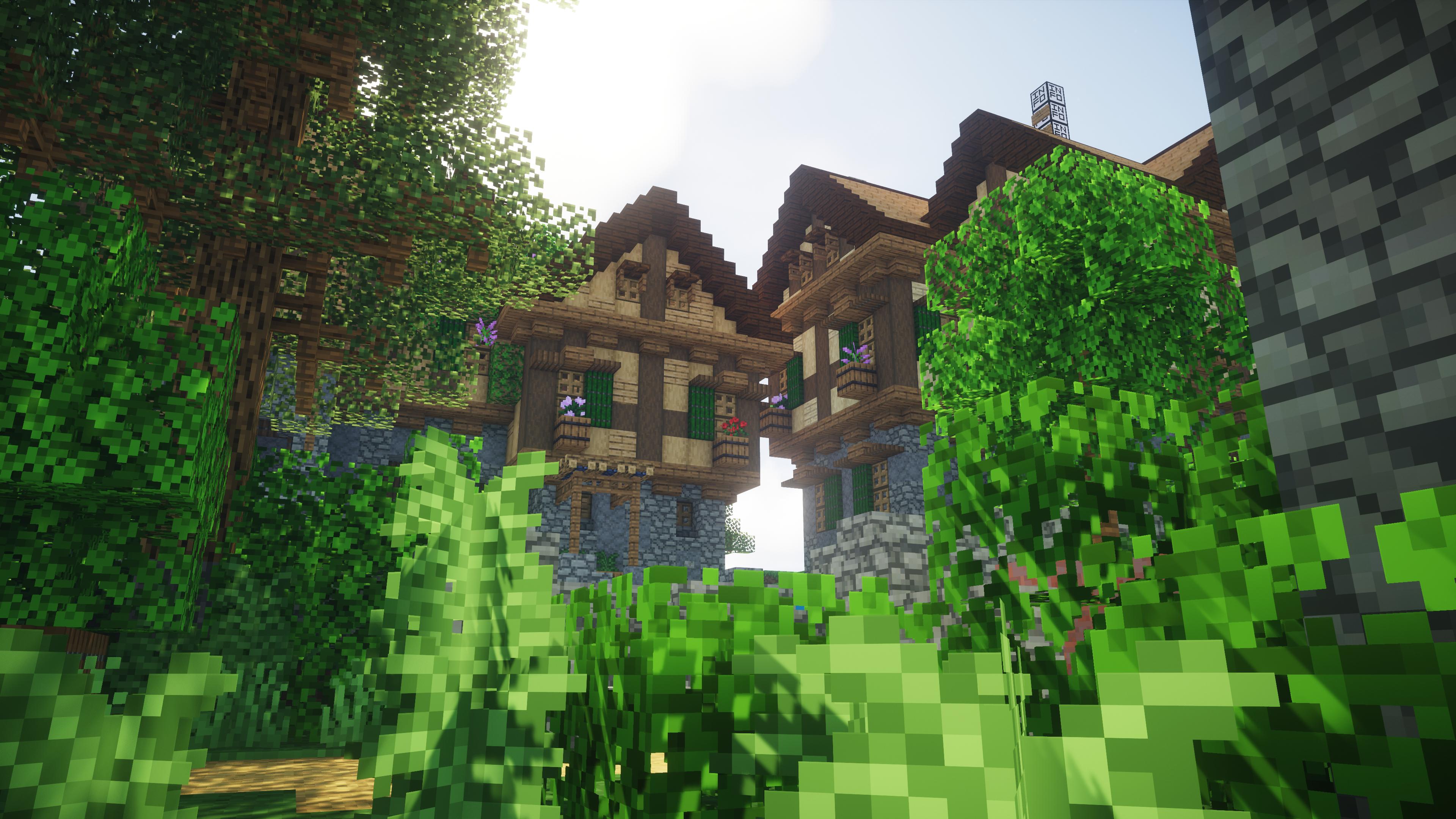 3840×2160
Setton | In Progress
Project Leaders: @LimeeFox & @raarmaarwaar
“We have updated all roofs in Setton. Most of them include a couple of windows now. A bit more work was done on the paths and we are still trying out different cobble wall design for the farm fields. Meanwhile, some of us started putting vegetation in the forests.”
*- Project Designer, @LimeeFox *

1882×233
Other Developments
Nothing major to report on this edition- regarding Aldburg, not much progress has been made, but look to our dearest Tobba to get something sorted for the project in the not-to-distant future.
Also, given the fact that I pretty much begged to do the Newsletter this time, it was pretty much just so I could say happy birthday to myself. What was unexpected, however, was that Axe_Villager (who I can’t tag, for some reason) threw a huge birthday party, which was awesome. Also, don’t forget that it was Lime’s birthday on May 20th, so I expect you all to send belated birthday wishes to the man with the most smexy voice in all of EQ

1882×233
Technical Corner
In reference to @StealWonders’ message from a few days ago… (with some minor, more recent changes)

Hello!
I have great news for all of you!
You are now able to see further with your

The server now loads 28 chunks around you basically allowing you to see up to the max render distance Minecraft: Java Edition currently supports out of the box.
Before this was 16 chunks.
The trick now is that we only actually tick (so handle behavior like block updates, ai, mobs & more) in the 14 chunks (so two less) than before but show 18 more without ticking them. The performance impact of this change still has to be found out but it seems to be working great right now.
Have fun!
I also largely recommend getting the mods Lithium, Phosphor & Sodium (fabric loader needed) to speed up your Minecraft experience!

1882×233
Promotions/Changes
One new promotion this edition - congratulations to @DragonLordPixal for being promoted to Builder!

1882×233
Featured Creation
To change up the format a wee bit, instead of a single image/in-game creation, Lime, along with Enoshade and StealWonders took part (definitely involuntary) in this lovely behind-the-scenes video of the trio attempting to get some proper progress done on Setton

After the hectic nature of last newsletter, what with the build competition and all, it’s been a nice change to have a quieter period of Epic Questing. Not to say that this quiet period should continue, if progress continues to slow then Dog will definitely eat your toes

FORTNIGHTLY QUIZ:
Here’s a little one for all who’ve read the books (I hope that most of you have, I think that they are just as good, if not better than the films)
So, in the film-version of the Battle of Helm’s Deep, we know that Gandalf rode in with Éomer and his chums in what still is the joint most epic charge in cinematic history.

Now, the question is: In the books, who was it that, along with Gandalf, rode into the Deeping-Coomb and help save the defending Rohirrim?
In simpler terms, it is effectively: who was the commander who charged into the Fighting Uruk-Hai at Helm’s Deep?

C the B fled to Umbar because he was the leader of the “violently deposed” Gondorian rebels during the Kin-Strife.
The initial Corsair settlement happened in the year T.A. 1448.
(special shoutout to TolkienGateway for giving me the exact knowledge)

Thanks for reading the Newsletter guys!
Signed, Loumeme, Lewis, Louwee, The Other Louis, etc etc.

boom you looking for this?

boom you looking for this? (p sure thats 100 Erkenbrands)

I can respect that

Max render distance is 32 though…