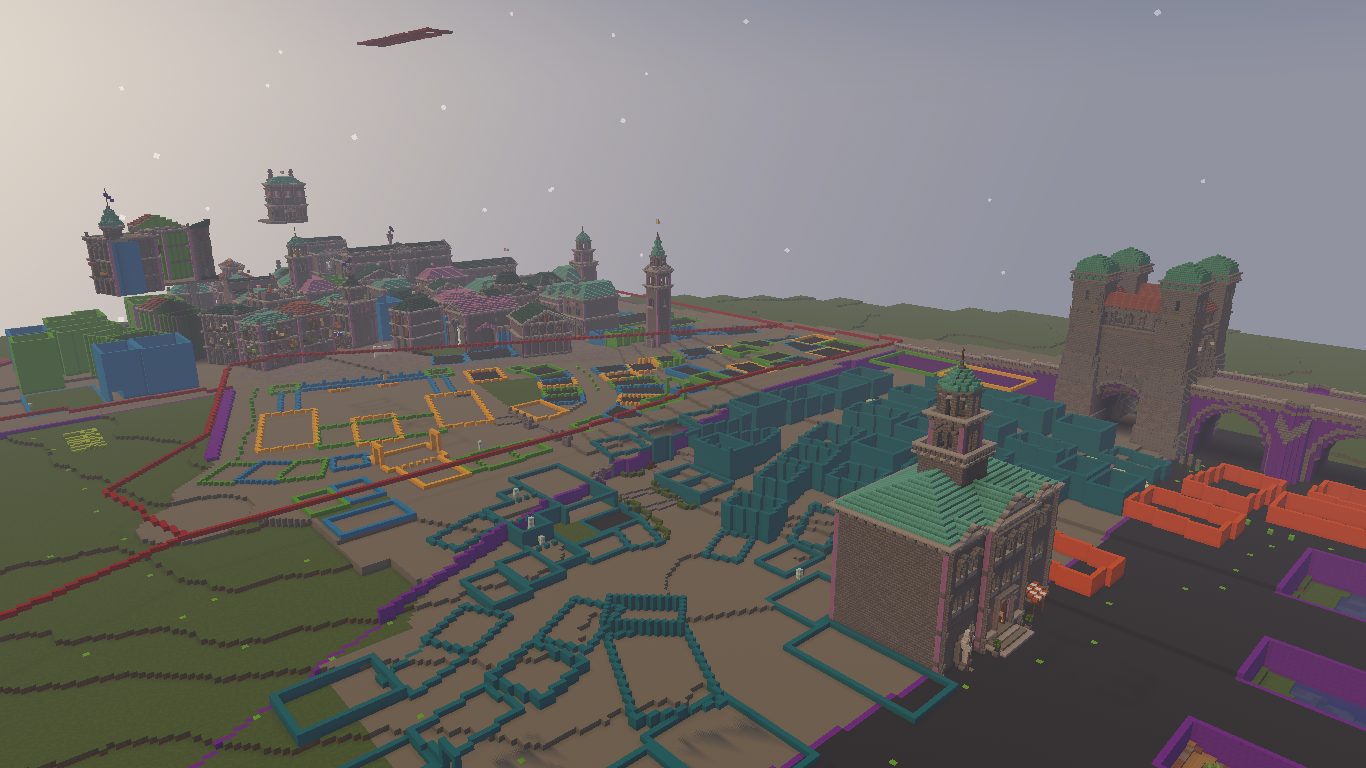 Editor’s Note
Greetings dear readers! Many days have passed since the last newsletter, but henceforth we shall try to release a newsletter every two weeks, like the good old times. Obviously, such a big time gap means lots of news! Let’s take a look…
-Editor, @LimeeFox 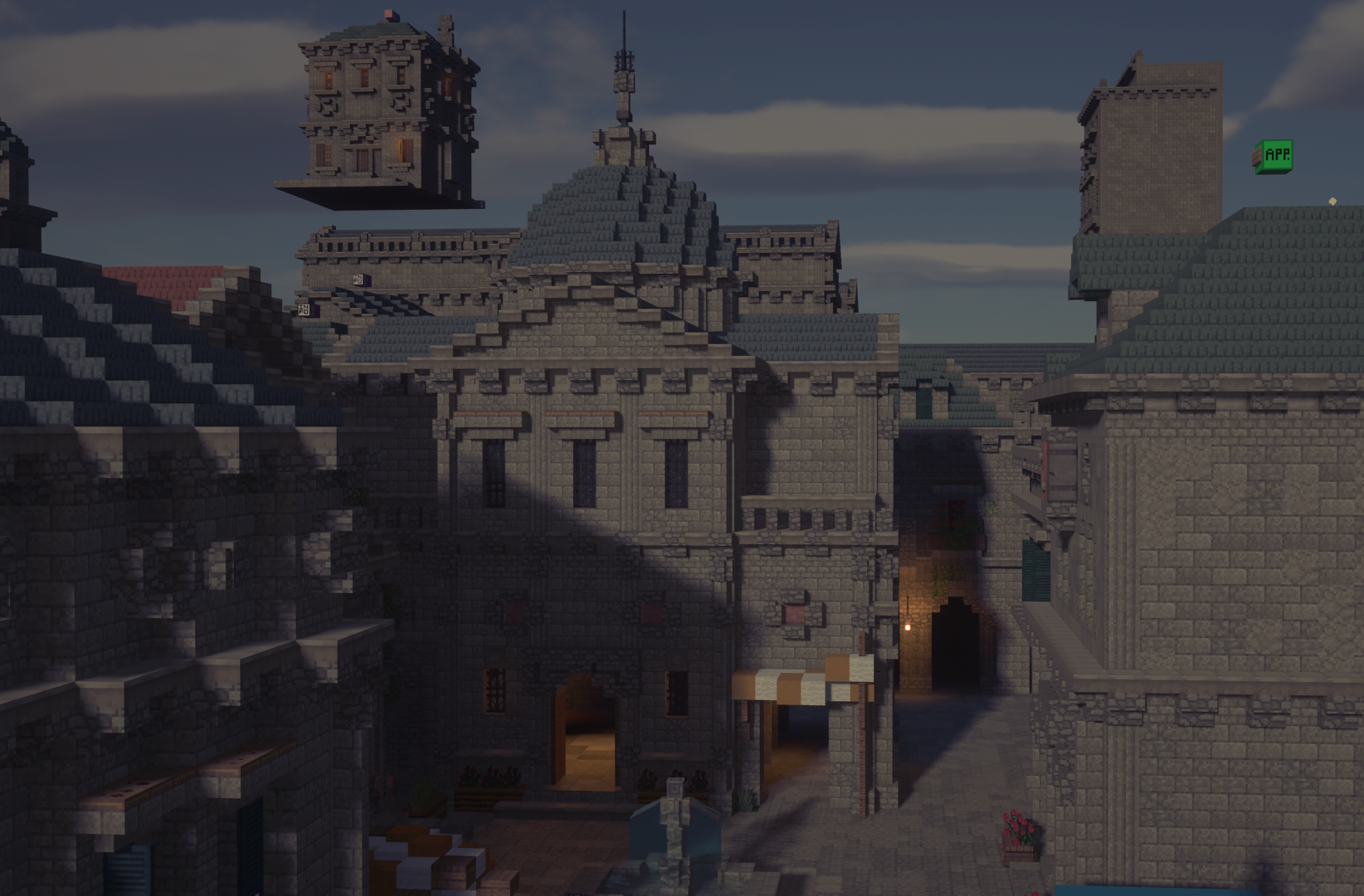 Osgiliath | In Progress
Project Leader: @LimeeFox
The work on Osgiliath has been resumed!
Initially built and released by our ancestors in 2014, it was restarted from scratch in 2020. After significant progress during the first few weeks, the project leaders had decided to put Osgiliath on hold for various reasons. Earlier this year, I’ve discussed it’s restart with the rest of the staff team and have been given the green flag. Two weeks ago, the restart was announced!

The plan remains mostly similar, the full plan is available on the forum thread for the Osgiliath project (Osgiliath).
TL;DR: We are currently concentrating on the first district where several new houses for the affluent middle-class have been built. Street decor isn’t going to be worked on until most of the structures are complete. The interiors aren’t going to be worked on at all, in the first phase of the project. As explained in the plan thread, having houses without interiors will allow us to make a ruined version of the city much easier. Later, we might add interiors to most of the important/outstanding buildings.
- Project Leader, @LimeeFox 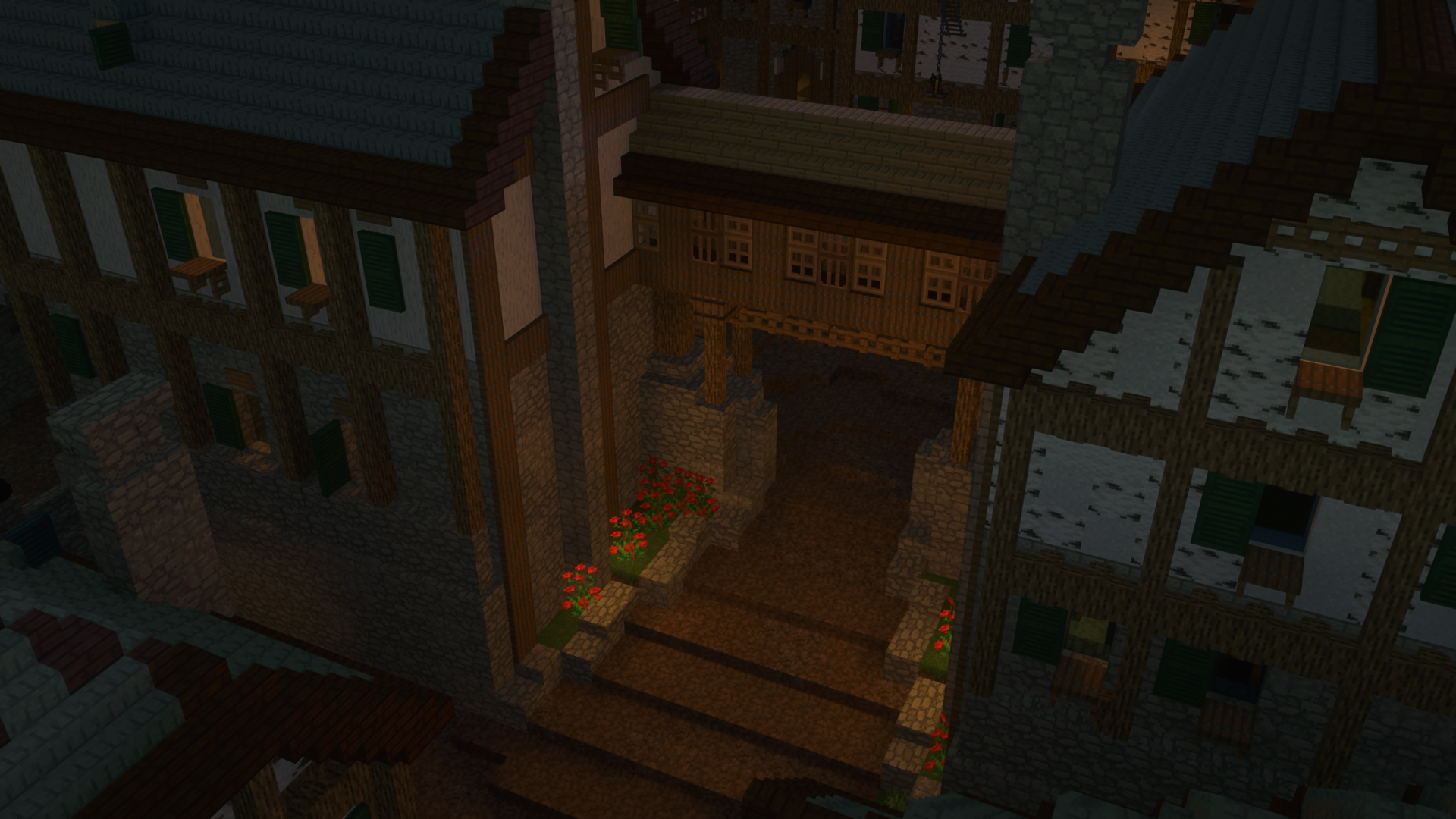 Bree | In Progress
Co-Leader: @LimeeFox Co-Leader: @dog_lover11
A few interiors have been built, and a little bit of street decoration too. A hobbit hole is currently under interior construction. Hopefully in the coming week(s), Enoshade, our Lead Terraformer and myself will be able to make progress on the surrounding terrain by working on the forest.
- Project Leader, @LimeeFox 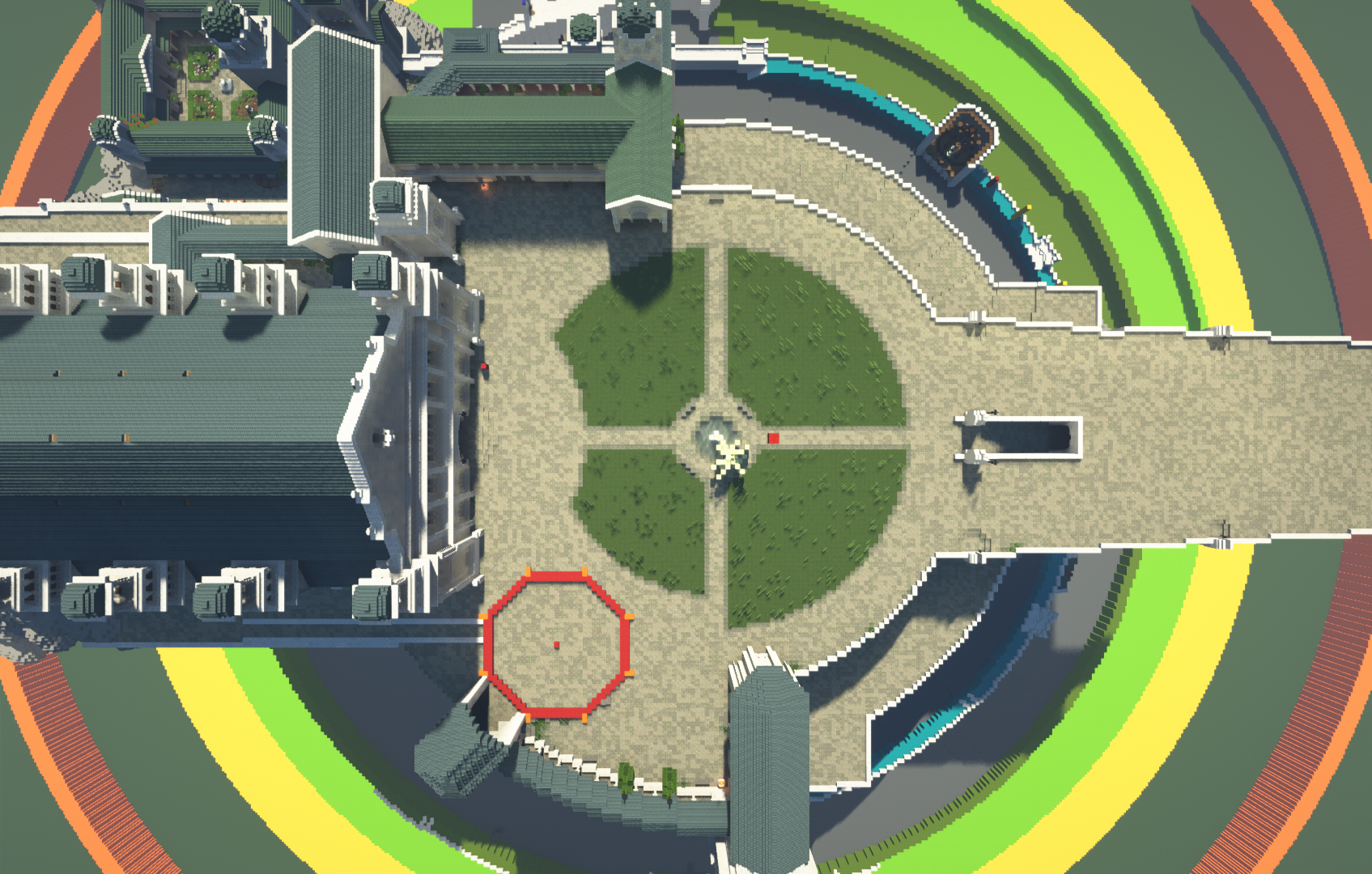 Minas Tirith | In Progress
Builder: @the_pharaohs_cat
As you may be aware from our most recent video, Minas Tirith is once again returning as a project. Unlike previous versions of the project that I’ve led, this version has been started from scratch, and will therefore bypass many of the structural issues that previous iterations ran into. So far on the project, significant progress has been made on the upper levels of the city, and much of the citadel has been completed, including the barracks, the music hall and the houses of healing. I’ve also begun work on the 4th gate area. When more houses suitable buildings have been constructed and more interior structure has been decided, the project will likely be opening up to members for jobs such as interior and street decoration. In the mean time, stay hyped for the future of the project.

If you want to know more about what has happened on the project so far, check out the video: https://youtu.be/Q_tsBIxcxpg

Two new videos on YouTube! The first one is an Interview with Lockrules, the founding father of EpicQuestz. He hasn’t been involved with the team in over 6 years, but he’s been a significant figure in the first 5 years of the team’s existence. Learn more, with a cup of tea or while eating your lunch: 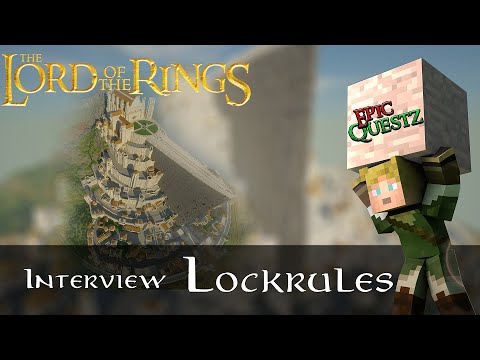 The second video, released last week, features the_pharaohs_cat who explains the process behind the construction of Minas Tirith. It’s quite technical and not as easy as it sounds! Learn more by watching the video: 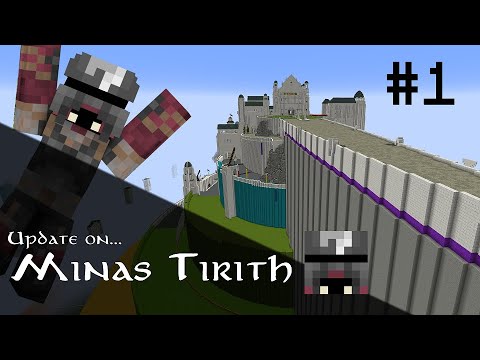 In other news, the pinned forum thread has been updated with a new link or two, and the in-game donor hall has been updated too. Thanks to all the donators who help keep our server running! If you would like to contribute too, you can donate here: https://epicquestz.buycraft.net/

The server has been updated to 1.18.2. Everybody can benefit from extended height limits in any plot world! All plugins have been updated as-well.

The teleport cooldown has been removed entirely. Teleportation is now instant.

In this newsletter, I would like to feature goblin_sniffer’s (a.k.a. ketagoblin) plot, still in progress but already looking promising! 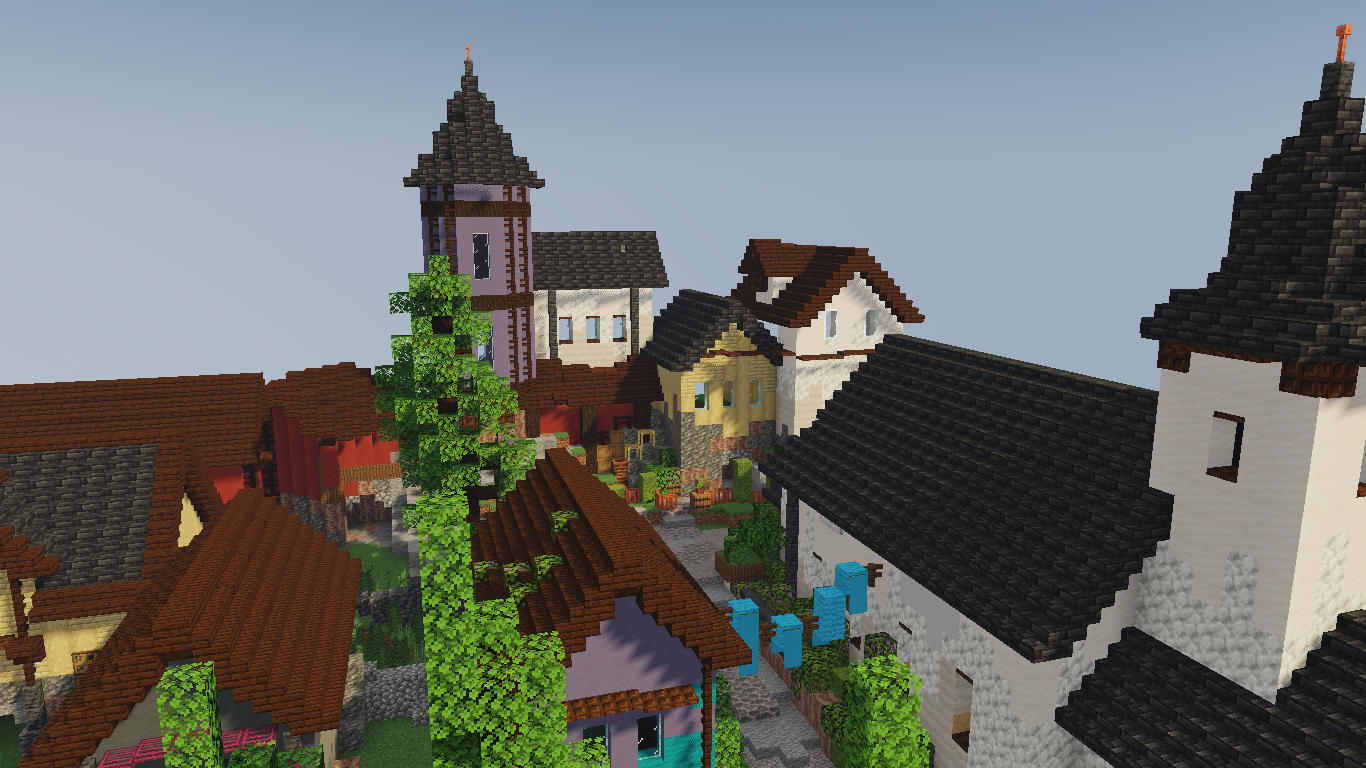 Closing
Now that Osgiliath has restarted, we’ve got two projects running again. We are having some trouble with the Rohan terrain, which puts under a question mark the whole Rohan project… The staff till will be discussing this in their upcoming meeting, so stay tuned.

Thank you for being with us, see you soon!


BI-WEEKLY QUIZ:
Where was Faramir expecting the orcs to attack the western bank of Osgiliath from right before Mordor launched a landing from the south-east?

Answer to the previous quiz:
What was the message left by the Dead on the doors to the Paths of the Dead?