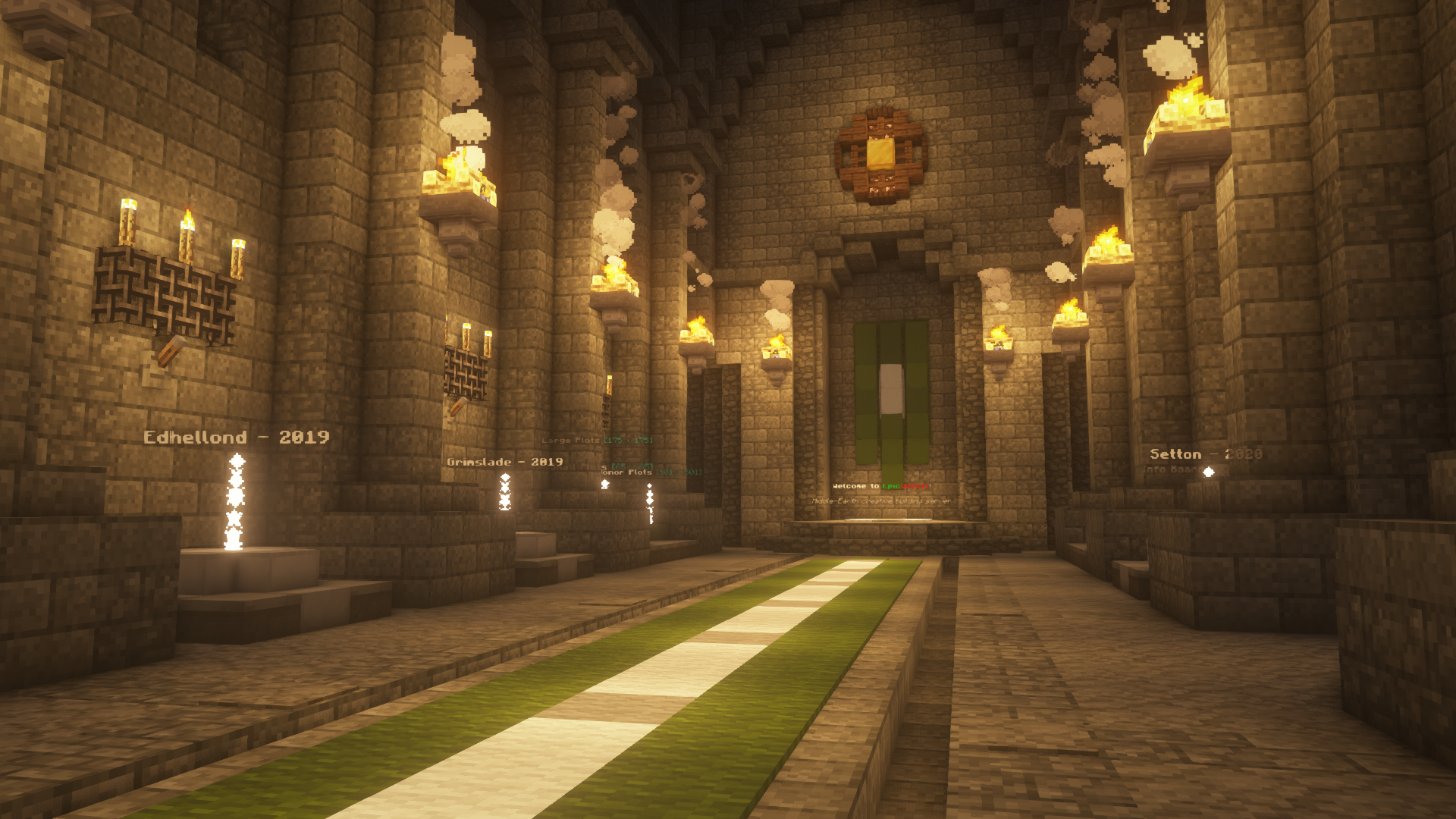 1920×1080
Editor’s Note
Hope you all had (or are still having) a wonderful winter break! If you haven’t taken a winter holiday, tough luck. Not like you can go very far anyway, what with current border restrictions. Not so on EpicQuestz! We’ll be going everywhere from Aldburg to Hobbiton, and without further ado, I will jump right in.
- @Enoshade 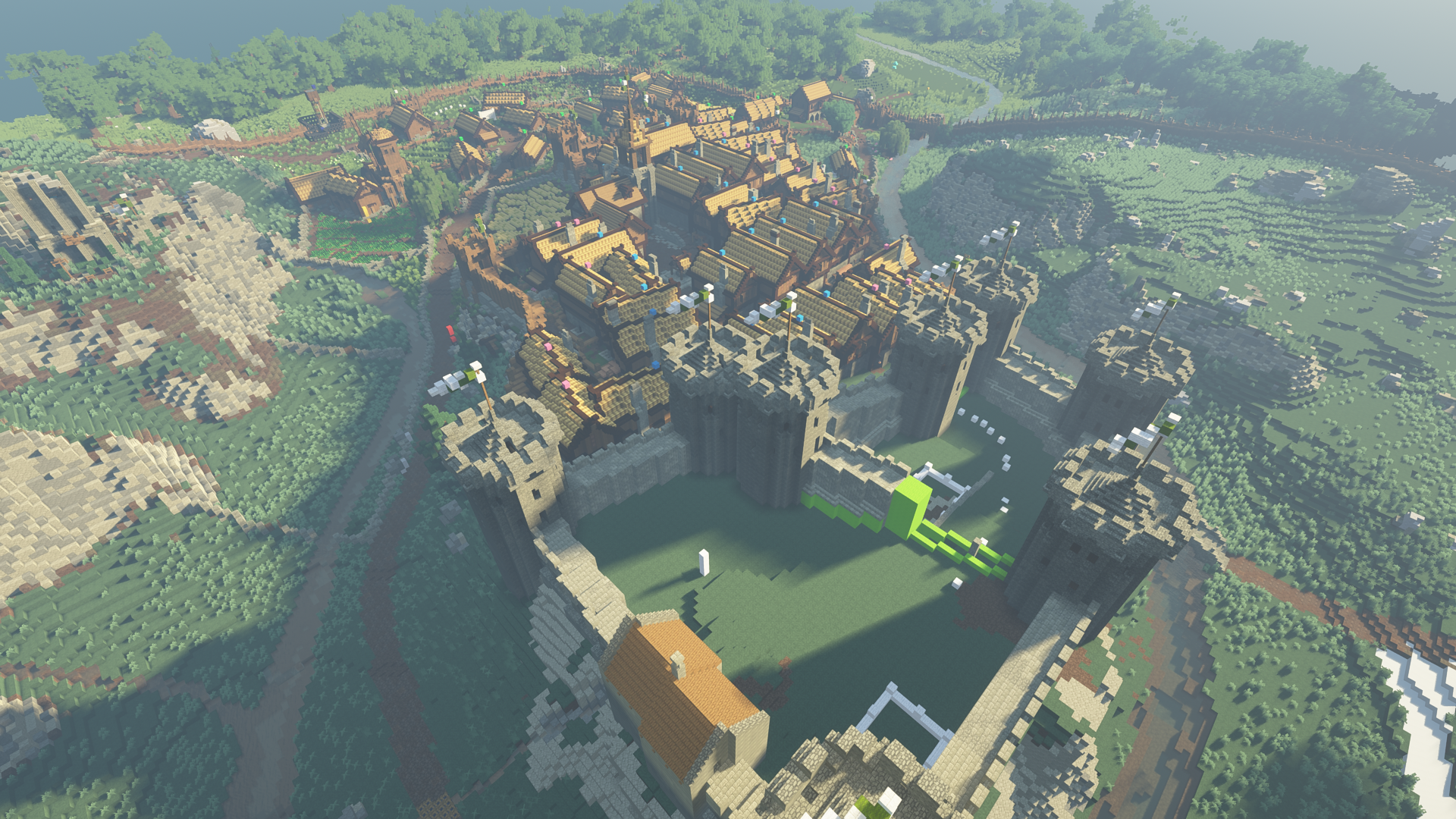 1920×1080
Aldburg | In Progress
Project Leader: @Tobberz
“Progress has slowed a little over the festive season, understandably. Recently @the_pharaohs_cat completed the gatehouse to the castle, and a few other natural things have been tweaked around the map. I expect progress will ramp up again in the coming month.”
- @Tobberz 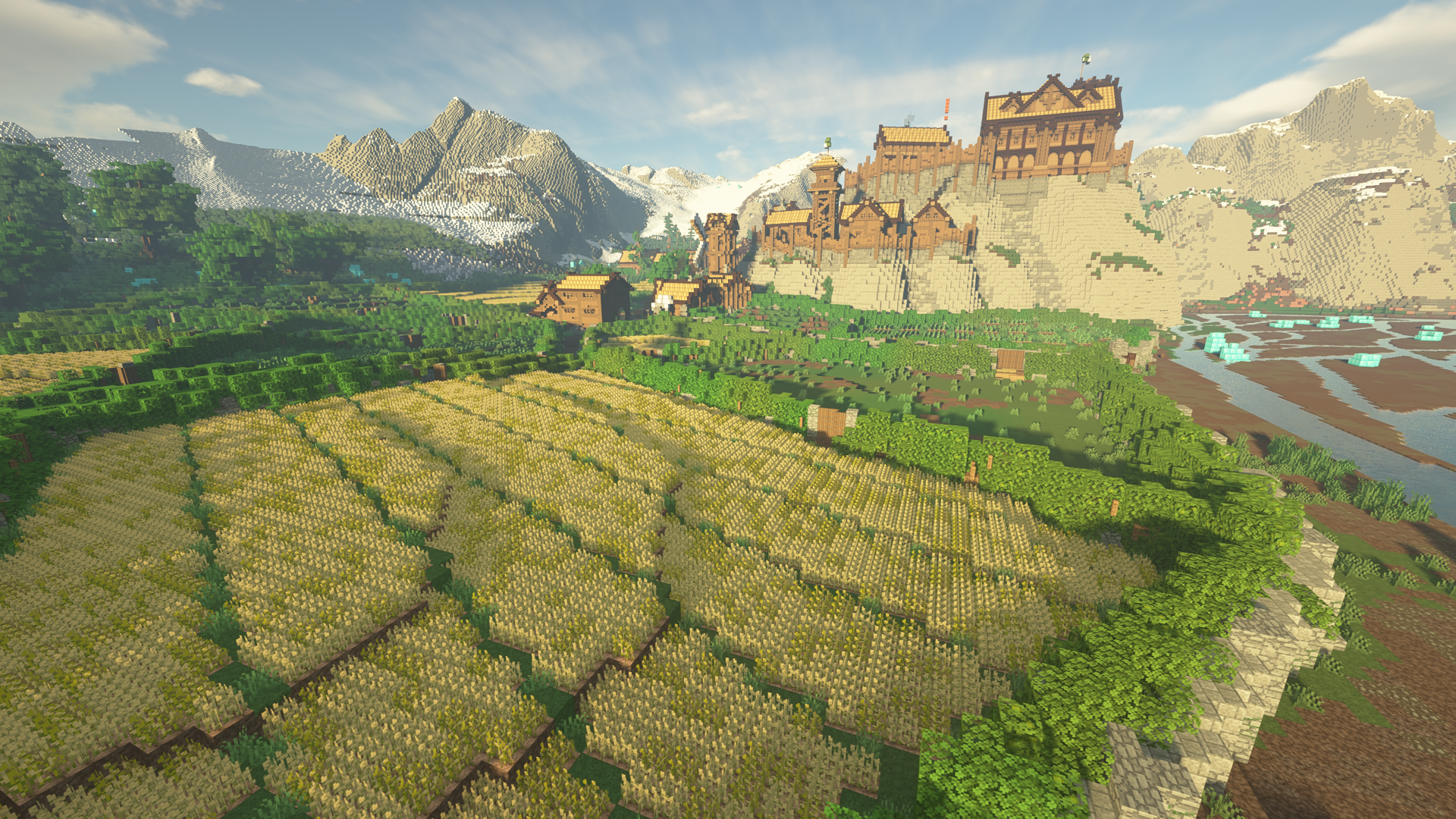 1920×1080
Grimslade | In Progress
Project Leader: @LimeeFox
“Some good progress has been made adding finishing touches to Grimslade. Once we’ve dealt with the pasture and meadowland, as well as finishing off the major paths, the map should be ready for release.”
- @Tobberz 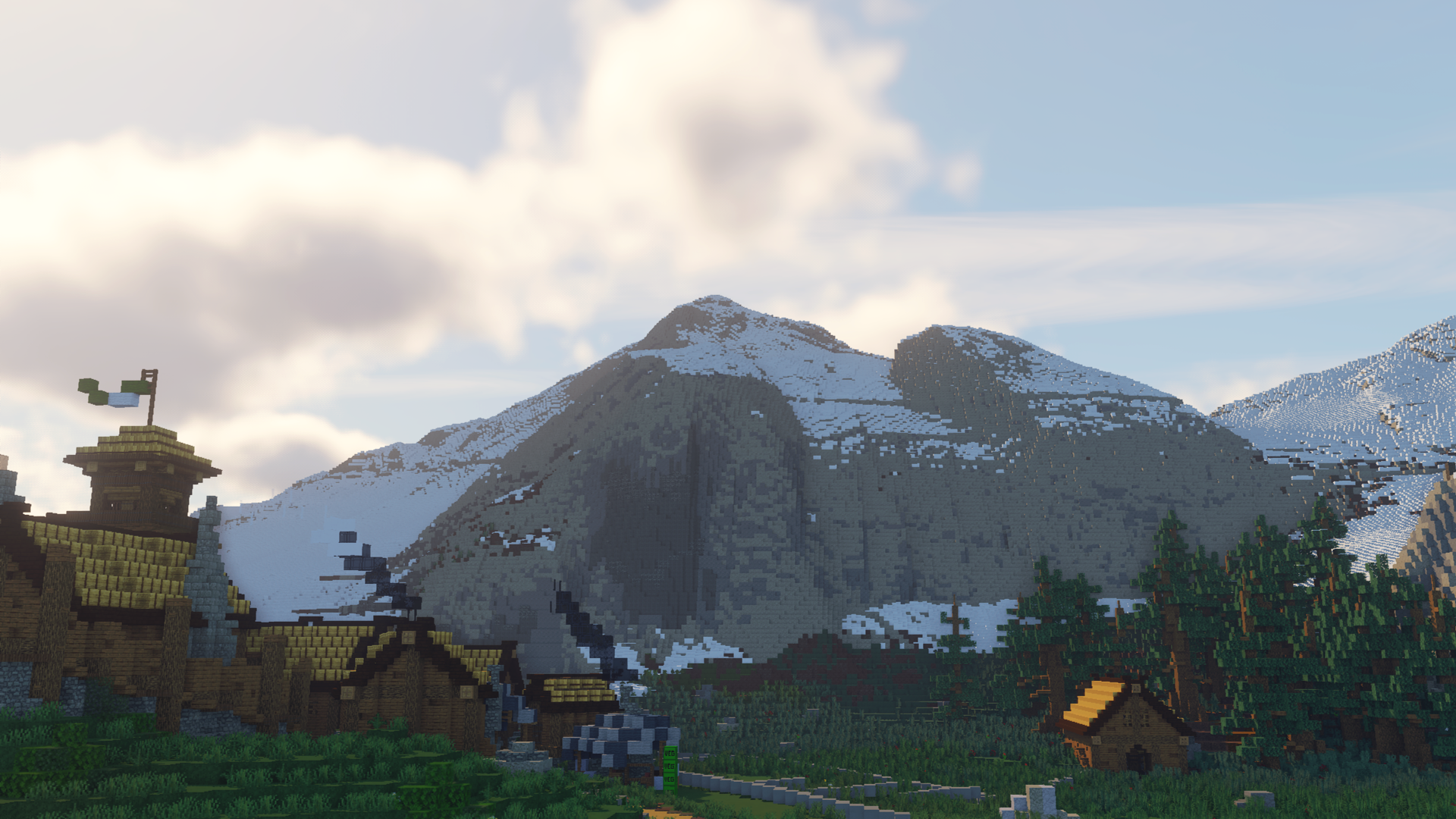 1920×1080
Rohan Terrain | In Progress
Project Leader: @Enoshade
“After Grimslade terrain completion, not much has happened. I have done some minor edits to the terrain in-game, and plan to keep working on Dunharrow as well as the entirety of Southern Rohan in the foreseable future.”
- @Enoshade

1882×233
Other Developments
@LimeeFox has been hard at work remaking the spawn, which you can see a screenshot of at the top of the newsletter. Furthermore, there have been some additions to the Renders and Screenshots thread by me and Tobberz - take a look here.
Much like with the other projects, work has slowed down during the festive season, so there is not much to say about server development. But we have successfully transitioned into 2021, and there is plenty of time to make this year more memorable than the last.

1882×233
Featured Creation
This time, I would like to feature @AJarOfPeanutButter’s plot. It shows his take on Hobbiton, and you can take a look over at /plot tp PeanutButter_Jar 2. It should be floating around somewhere above the very slightly anachronistic Fort de Vaux (feel free to murder me if I got the wrong fort).

It has been fun commandeering the newsletter this time around, though I am afraid that I won’t have much time to do so again for a while to come. Nevertheless, the other writers are competent enough (maybe), and they should be able to fill the gaping hole in your souls.


BI-WEEKLY QUIZ:
What was the curse that Morgoth set upon Húrin Thalion and his children?


What members enjoyed most last year:
@Tobberz says:
‘I have enjoyed watching Steal do most of everything and code a lot’

@raarmaarwaar, on the other hand, says that he enjoyed leading Setton, as well as hosting a build competition.

It would’ve been nice to get a few more replies, but that is pretty much it. Personally, I liked spending days on end finishing Grimslade’s terrain, as well as messing around in VC with Steal and Fox.

I’d say the curse can be nicely summed up by LITERALLY THE WORST GODDAMNED LUCK EVER. It got so bad that Turin was made into an honourary Alabamian (whatever you call someone from the sweet sweet state of Alabama idk).
I’m sorry I didn’t say what my favourite thing was from 2020 in the last newsletter! I was going to say some silly old thing about EQK and/or the war but I figured that wouldn’t have erm gone down so well.
However I DID just remember what my favourite memory was!
The birthday party that Axe threw for me at one of his castles! We even had adult entertainment which I think we all appreciated.
I also enjoyed annoying the ever-loving Christ out of doggawoggasmoggalogga at 1am with DragonLordPixal on Setton that was also very fun i enjoyed lots (to be fair, who WOULDN’T enjoy the opportunity to annoy Dog for a solid hour)

a lovely well written piece Eno, as usual :3
as we all probably know by now, I know truly nothing about LoTR lore, so I’m gonna take a random guess and say he cursed them to always be on the verge of sneezing but it always goes away. because that’s the worst kind of torture.

All I wanted to do was build a general store and you two shortened my life expectation by a solid 14 years :((