2560×1421
Editor’s Note
Hi all! It’s been a month since the last Newsletter, and a decent amount has happened since then. We missed last fortnight’s newsletter for the wonderfully received Second Anniversary Report by @Tobberz. Read on for updates on Aldburg, the Rohan Terrain, and resource packs! Let’s get into it.

1920×1080
Rohan Terrain | In Progress
Project Leader: @Enoshade
“Sweeping regions of the White Mountains have been refined, and the area around Grimslade is essentially finished. The Grimslade terrain is on a deadline to be finished within about a week from now, and is nearly complete besides applying trees and snow to the mountains. Besides that, I am working on the area which includes Edoras and Dunharrow - this should be the next part to be completed, hopefully along with the majority of Southern Rohan.” 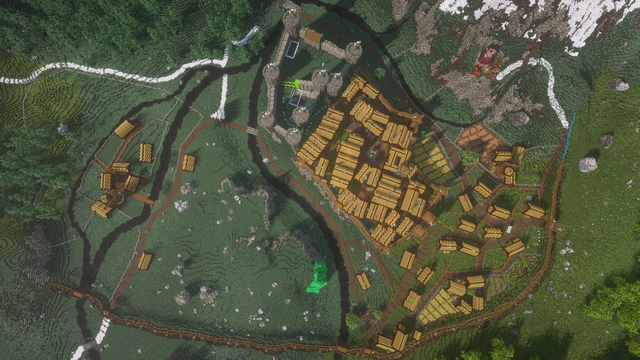 Aldburg | In Progress
Project Leader: @Tobberz
“To put it mildly, an imperial shit-ton of stuff has happened on Aldburg over the past month - it’s hard to summarise. Most notably, the three farms located within the Outer Bailey have made a lot of progress, and just the other day I laid out the field boundaries for the north farm. Recently, too, @LimeeFox revamped the fortress area, which had ground to a halt thanks in part to my business, but moreso because I wasn’t quite sure where I wanted it to go after having doubts. I’m happy with Fox’s reforms though, and this area should be making even more progress soon.”

1882×233
Other Developments
I’ll include everything in here this time, since not much happened technical-wise. On that front, the warp system was completely updated and replaced, and now comes with a GUI, portals, and crazy effects when you teleport.

Me being me, I’ll talk briefly about the resource packs. Since we last saw each other (in August), my big RP revamp has been “completed”, but all that really means is we are now on stable ground to make progress. The other day I released updates for all three packs, which included some new textures and additions. You can see more about them in the changelogs section of the forums.

1882×233
Featured Creation
I am not sure if I am allowed to re-feature creations, but @Savitar has made an awful lot of progress on his Rohan themed plot, so I simply had to take a picture! 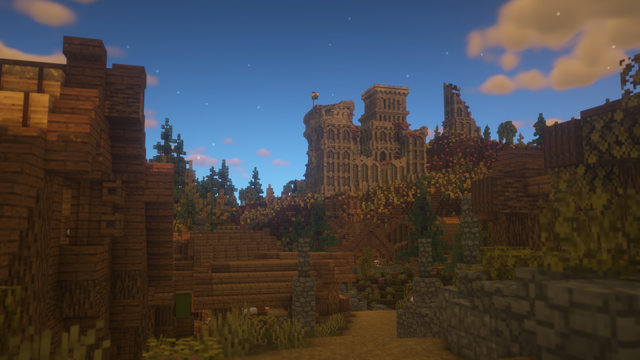 The way things are going, it looks like we might be able to release a second map (Grimslade) this year, thanks to Enoshade’s hard work. Maybe, even, Aldburg too! Excitement aside, as RP Manager I’ll do my best to make the builds look as good as possible from my end. Good night!


BI-WEEKLY QUIZ:
What is the name of the first book/section of the Silmarillion?

Answer to the previous quiz:
Bree is the only place in Middle-Earth where men and hobbits live together!

Damn! There’s a Silmarillion question and I dON’T KNOW IT
I’ve grown rather dull of mind in my absence >_<

The two sections that come to mind are the Quenta Silmarillion and the Akallabeth, but I know it’s not those two annoyingly. I’ll just google it then to remind myself.

Anyhoo, wonderful newsletter Mr Elu, it’s wonderful seeing all the developments that have happened on Aldburg from my humble observational position

I’m fairly sure it has something to do with the Ainur, I was reading about this the other day. Ainurindale maybe?

A jolly good piece, Mr Belu Bing Bong. In answer to the first section of the Silmarillion, I think it was simply Part 1

I think the real answer to the last question is, “Trick! Hobbits are men.”
As for this one, I am really not sure. I only know ‘Children of Hurin’ for certain out of all of the sections, but I can make some kind of guess. 'The Music of the Ainur’

I am not allowed to confirm or deny these accusations, but Eno and Tobbe have been closest!