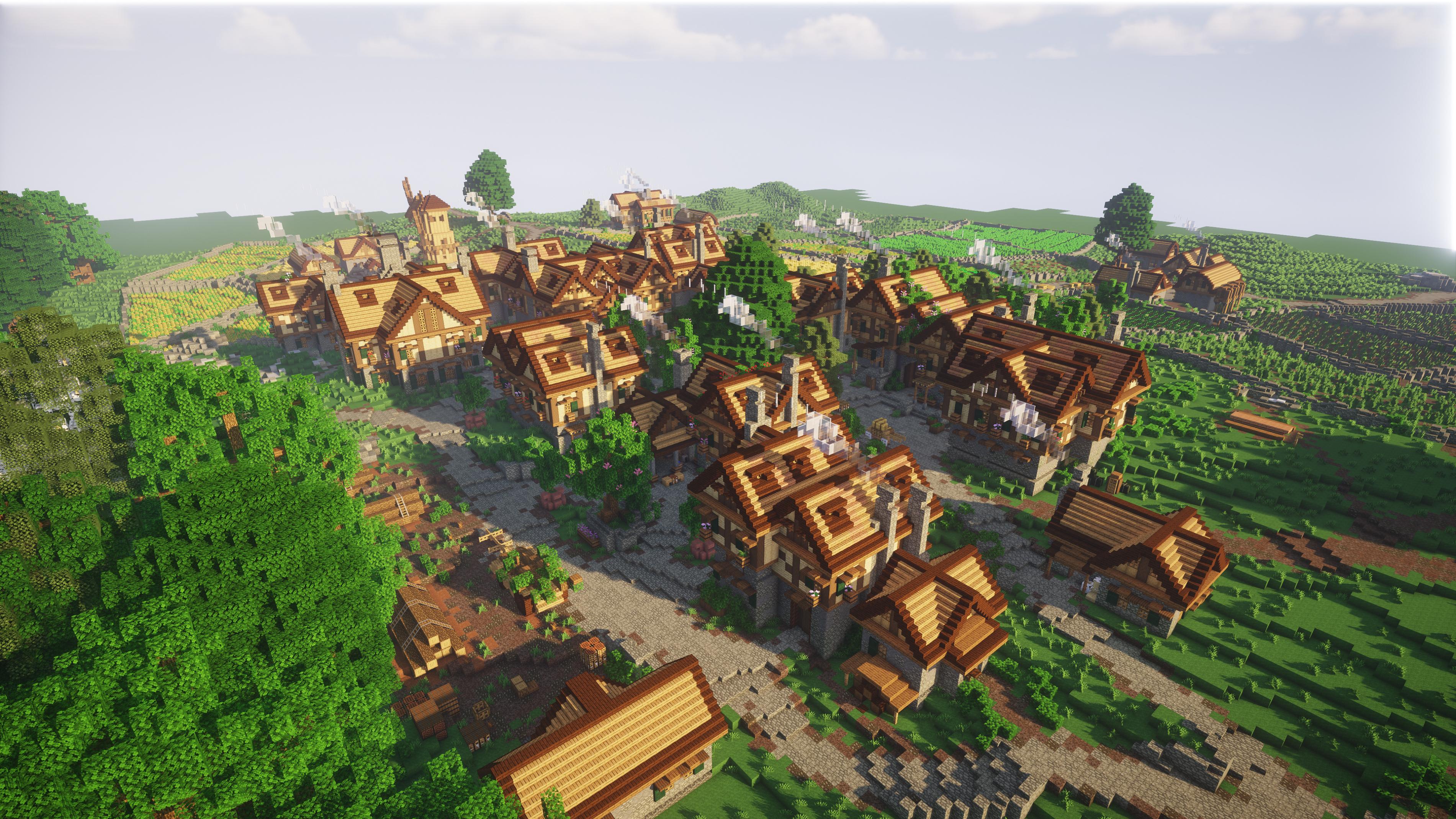 3802×2139
Editor’s Note
Howdy there gamers! It’s me, the Tea Man, and I’m the one doing this fortnight’s newsletter for you all! A whole bunch of stuff been happening these past two weeks, with progress happening Here, There and Everywhere across EQ!

Setton | Complete!
Project Leaders: @LimeeFox, @raarmaarwaar
There was some brilliant progress on Setton, and most importantly… IT IS COMPLETE!! We could complete the remaining tasks, despite a recent accident, that has turned most chests, beds, signs and banners invisible. The post-production will commence shortly, and the map will be published as soon as a cinematic is made.

1920×1051
Rohan Terrain | Paused
Project Leader: @Enoshade
The Rohan Terrain has been paused due to Enoshade being busy working on plot assessments for trial builders and personal items.


Aldburg | In Progress
Project Leader: @Tobberz
“Aldburg has proceeded brilliantly, and we have completed the house-building part of the inner bailey. Further to that, about 75% of all the interiors are done here. Good initial progress has started on the outer bailey, but we have still to design an interior style for these buildings, or give them their appropriate trades/specialisms. I have begun the inn, and am working with LimeeFox and the_pharaohs_cat to finalise its design. Our next aims will be to sort out a wall design for the motte, and carry on with the outer bailey. Whilst I have refrained up until now in naming any members, I must give an honourable mention to DragonLordPixal, who has worked brilliantly these past few months on Aldburg!”

“I have made significant progress on our three resource packs behind-the scenes, rationalising and categorising all current textures. Henceforth, I’ll develop them by using one master pack and three add-on packs, which will then be combined into the 3 Region Packs you know and love for download. This is much easier for me and anyone else who wishes to contribute textures. In terms of texture changes, I’ve added one new glass texture, and ensured all doors and trapdoors now have custom textures. You should see these be released in the next RP update in the coming days!”

1882×233
Other Developments
@LimeeFox has worked on cleaning up the assets warp, and has added some new assets. Remember, if you want to use, or submit an asset, then you need to ask a designer or Fox himself for permission.
Furthermore a new forum post has been opened up, which contains a large collection of past screenshots, renders and images! If you have any screenshots of builds from Epic Questz, then don’t hesitate to put them in the forum post! Not only will it serve as a wonderful collection of all the builds we’ve worked on, but it will be an almighty help for those of us writing newsletters, so we have access to new screenshots.

Screenshots that haven’t been used in any Newsletters (Minas Tirith and Barad Dur): [image] [image] The rest of the screenshots here are ones that I have used: https://imgur.com/a/6ReCUYu

1882×233
Promotions/Changes
Three new promotions this time! Well done to the two new additions to the builder ranks, Peanutbutter_jar and @Raider_Ross!
But it just gets better folks, with the promotion of @DragonLordPixal to Artist!

1882×233
Member Tasks
A full list of tasks can be seen by doing /jobs list in game, a selecting the relevant project.
Shift click to claim a job, and don’t forget to do /job done [number] when you’ve finished!

1882×233
Featured Creation
After his promotion, it’s only fitting to have DragonLordPixal’s Artist plot as our featured creation for 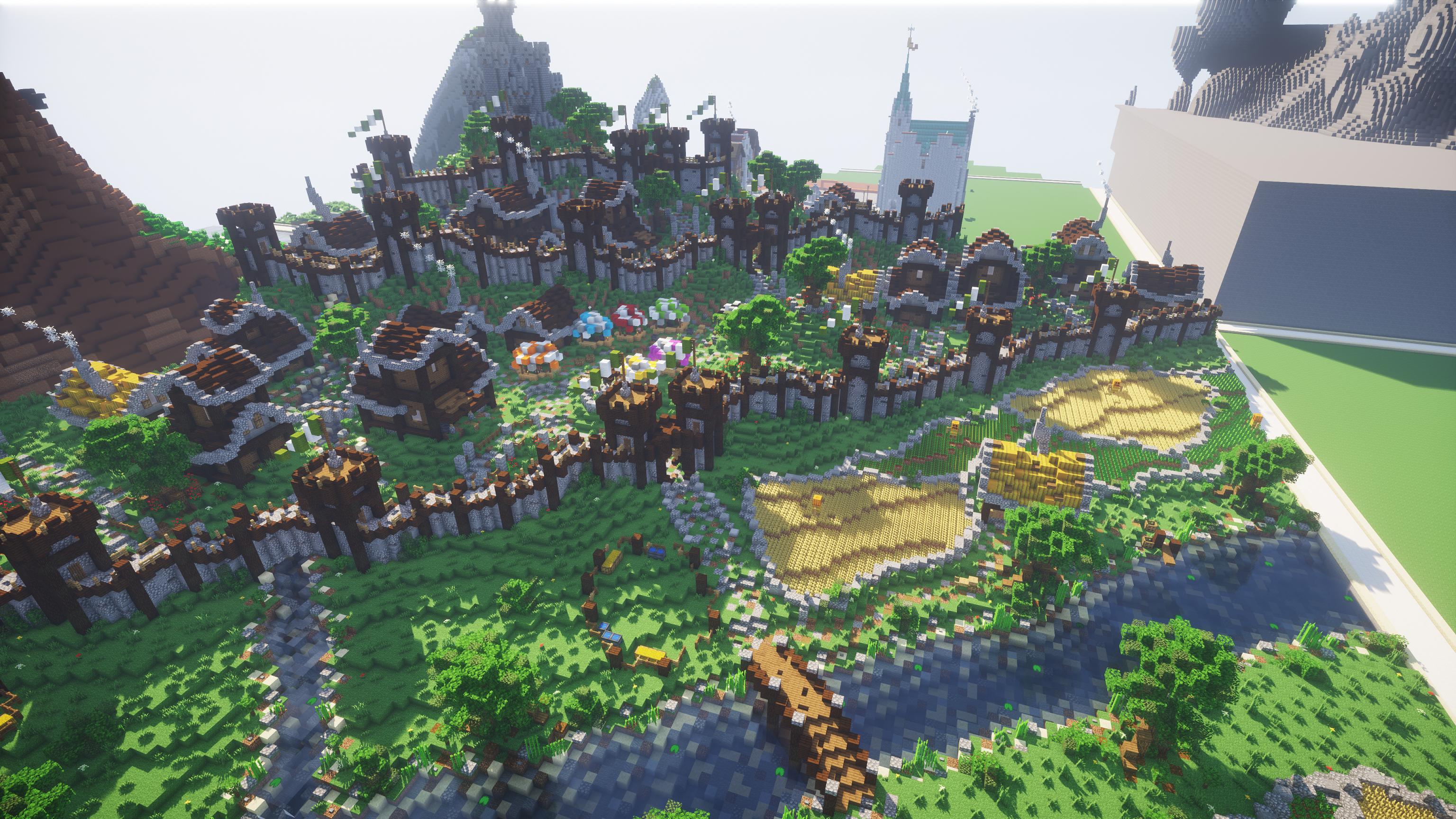 Loads of stuff has been happening this past fortnight, with several promotions along with significant progress on both Aldburg and Setton! It’s been a blast writing this newsletter, and I hope to be doing another one soon. See you folks around : D

This is a very opinionated question for the Bi-Weekly quiz this time!
Did Feanor do anything wrong?

Answer to the previous quiz:
It was a rather tricky question in the last edition. The (incomplete) sequel to Lord of the Rings was entitled The New Shadow, which followed the life of Aragorn’s son, Eldarion, some 105 years after the fall of the Barad-dur.

A good newsletter, however next time I think our Editor-in-Chief should request you complete the newsletter for the week before

Nice newsletter!
Oh hell yeah, Fëanor did a lot of things wrong. Overall he wasn’t that bad of a person, but his stubbornness, greed and rashness - combined with his position of power - opened up room for many mistakes. And they just keep piling on. First up, he refuses to let the Silmarils be used to rejuvenate Telperion and Laurelin, when it would have cost him nothing but some shiny trinkets with, to be fair, immense power imbued within. Then, after Melkor murders his father and steals the Silmaril, he makes an oath with his brothers - a very unwise oath, as it turns out. It is understandable that his grief and anguish over the death of his father leads him to blame the Valar and to make rash choices, but they’re nevertheless wrong choices.
His guilt is set in stone when he perpetrates the First Kinslaying and then steals and burns the ships of the Teleri. Thankfully, he dies before he is able to do any more harm (which is quite likely given the nature of the oath he is under.)
Allegedly, he does fix his wrongdoings in the Dagor Dagorath, so that’s good.

Yes the editor-in-chief should do that I agree tob.

Free up my guy feanor he didn’t do nuttin’ wrong