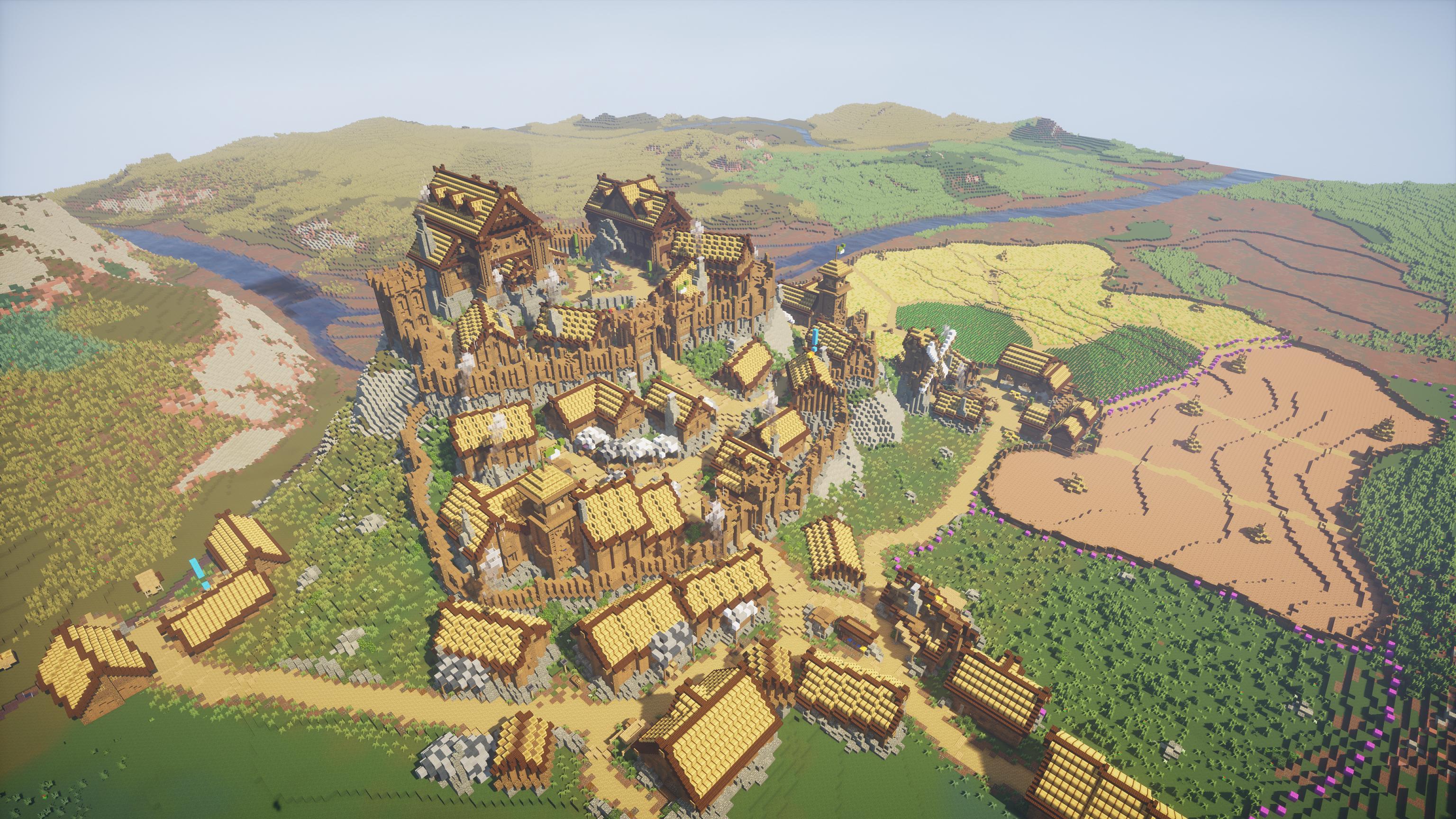 E9QZUtB.jpg3072×1728
Editor’s Note
Good evening everyone! It is time for another newsletter! This fortnight, we bring you great changes to our rank system along with fancy updates on our current, most active project - Grimslade! Finally, on a more personal note, I’d like to wish a pleasant holiday for everyone who is having vacations for the next two weeks (including me!).
- Editor, @fox 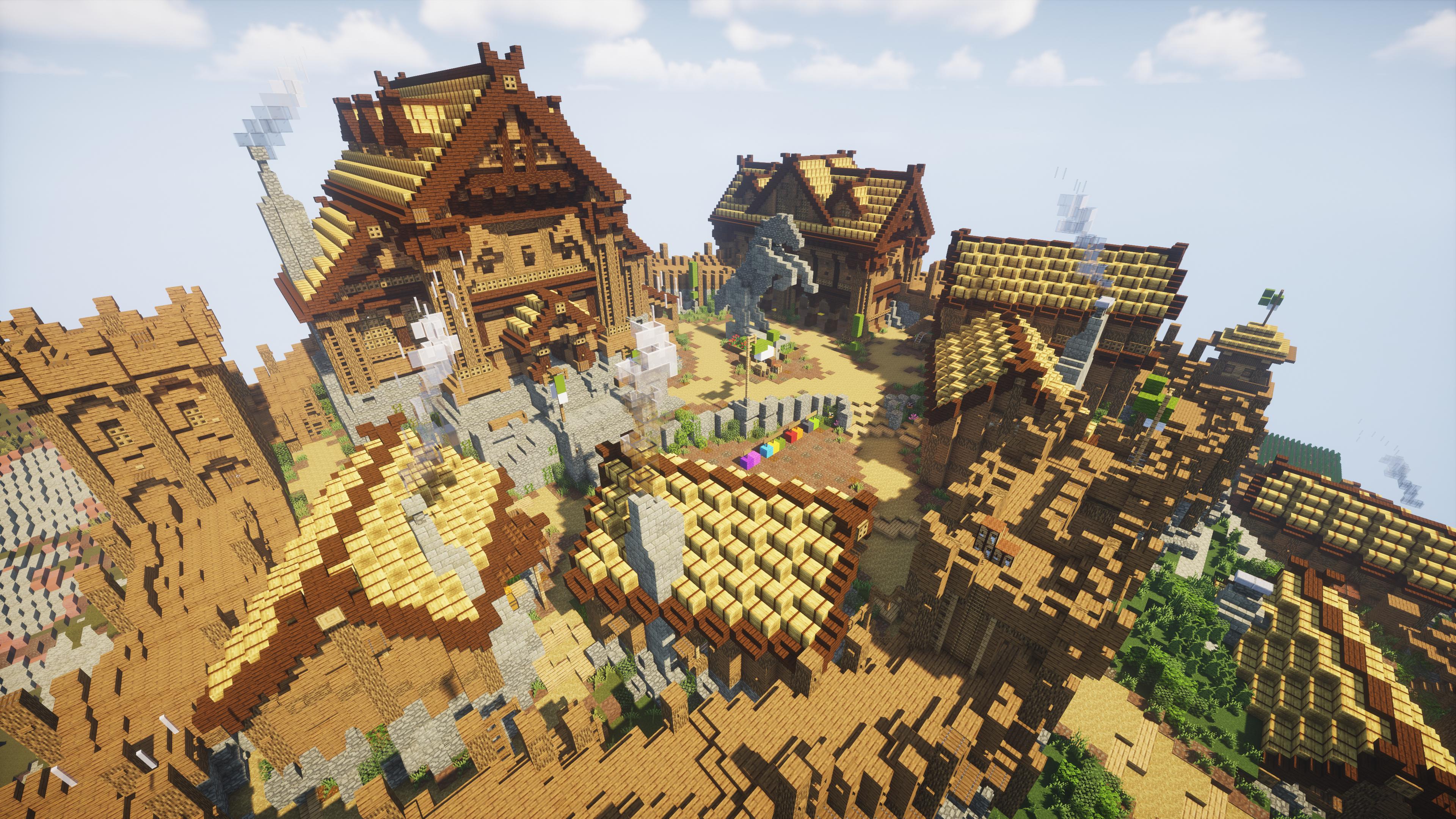 zU1za2S.jpg3840×2160
Grimslade | Almost Complete
[Leader: @fox]
We are getting closer to completion! We have slightly redesigned the top level, thus adding space from some trees (that are yet to be built) and various crates and other props. There is a stone horse statue in the middle, surrounded by stables. We completed & modified a couple of interiors overall in the town, and are now focusing on an update of the farm fields…
- Project Leader, @fox (LimeeFox)

Rohan Terrain | In Progress
[Leader: @Enoshade]
I’m currently trying to resume the work on the Rohan terrain. I’ve spent some time editing the river systems, and especially on improving the Emyn Muil in the area around Rauros Falls. I’ll be exporting the tree assets I have created soon and will then improve the Fangorn forest as well as populating the rest of Rohan with trees & vegetation.
- Terrain Leader, @Enoshade

tUjuCNQ.png1882×233
Other Developments
We did a big rank update:

I highly encourage you to read the full post concerning this update, which is much better than relying on this summary!
Here is the link: Rank Reform '19

In the last newsletter edition, I mentioned multiple players who have been demoted from novice to guest. A couple of days later, we decided to also demote the few most inactive, or least helpful members of the build team, from builder to Novice. You will find their names in the following list:

They were great members of our community… All of them were involved in an ancient EpicQuestz, at least in some point. Some of them contributed very much to some projects, others even made entire ones by themselves… We thank them for their great service over these years! However it isn’t excluded that someday, they could perhaps come back and join the team again!

Changing subject, we started planning the city of Aldburg… More info will be available in the coming week(s), in a forum post & discord announcement.

tUjuCNQ.png1882×233
Technical Corner
The following permissions have been added to Guests and upper ranks:

tUjuCNQ.png1882×233
Promotions
Hargarinn has been promoted to Builder!
the_pharaohs_cat has been given the role of Moderator!
Featured Creation
I’d like to feature the_pharaohs_cat’s kitchen, where he cooks meals for the lords of Grimslade! 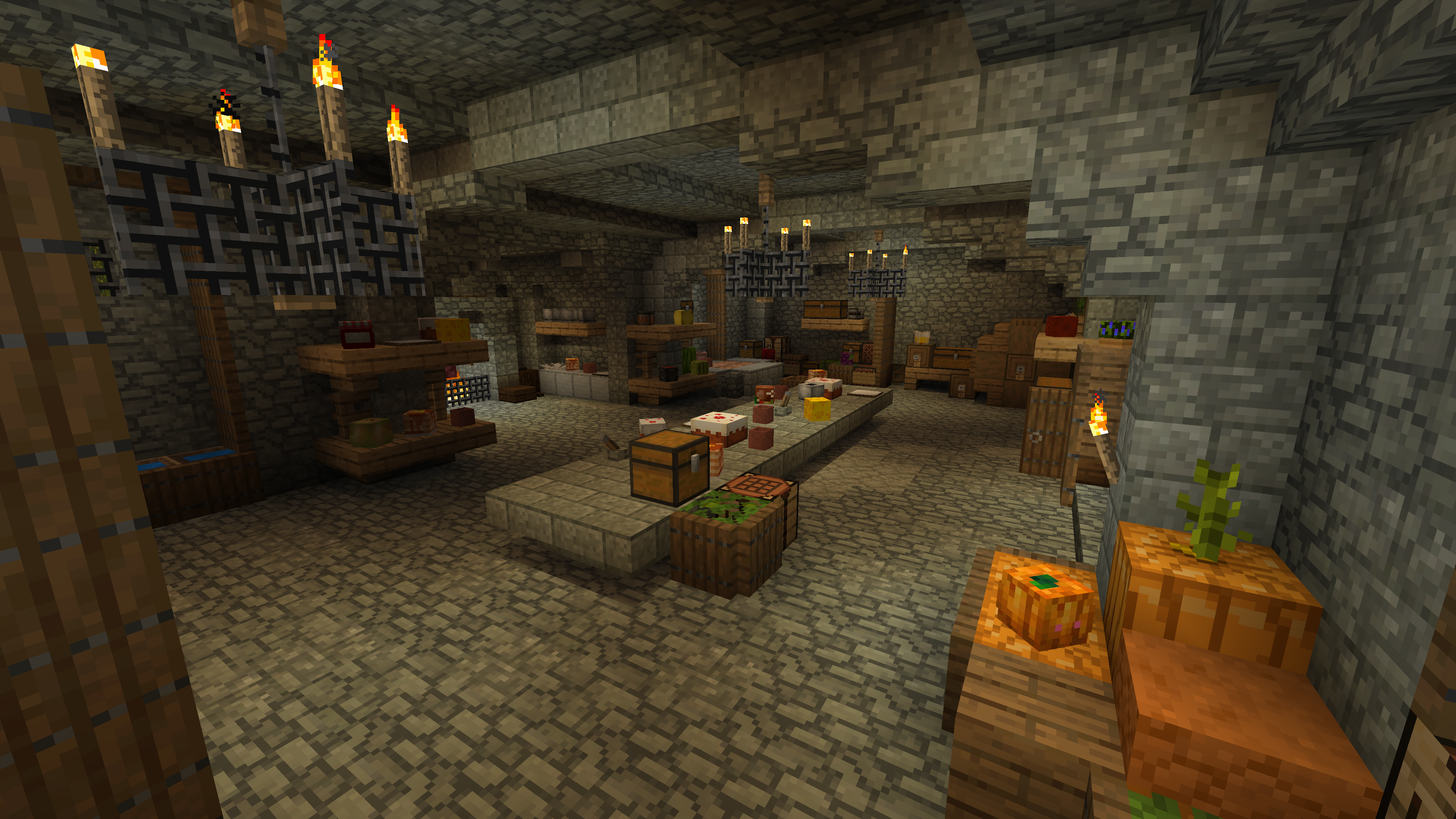 tUjuCNQ.png1882×233
Closing
BI-WEEKLY QUIZ: What was the name given to the forest of Mirkwood after the war of the ring? COMMENT DOWN BELOW! Answer is revealed in the next newsletter!
Answer to the previous quiz: It is the light of the star of Eärendil, the silmaril that he possessed, trapped in the phial. It’s said to be the brightest star.
4 Likes
Tobberz October 13, 2019, 8:11pm #2

That picture of Grimslade is hot, I’ll use it in the next Instapost

Was it changed back to Greenwood again?
I know that it was originally called that before the return of SAURON THE DECEIVER, and then called Mirkwood with the rise of Dol Guldur and more spooders and stuff in the forest making it Mirky and stuff.
So after Sauron’s defeat and the destroying of Dol Guldur by Galadriel, I think it was changed back to the Greenwood (The Great)
: )