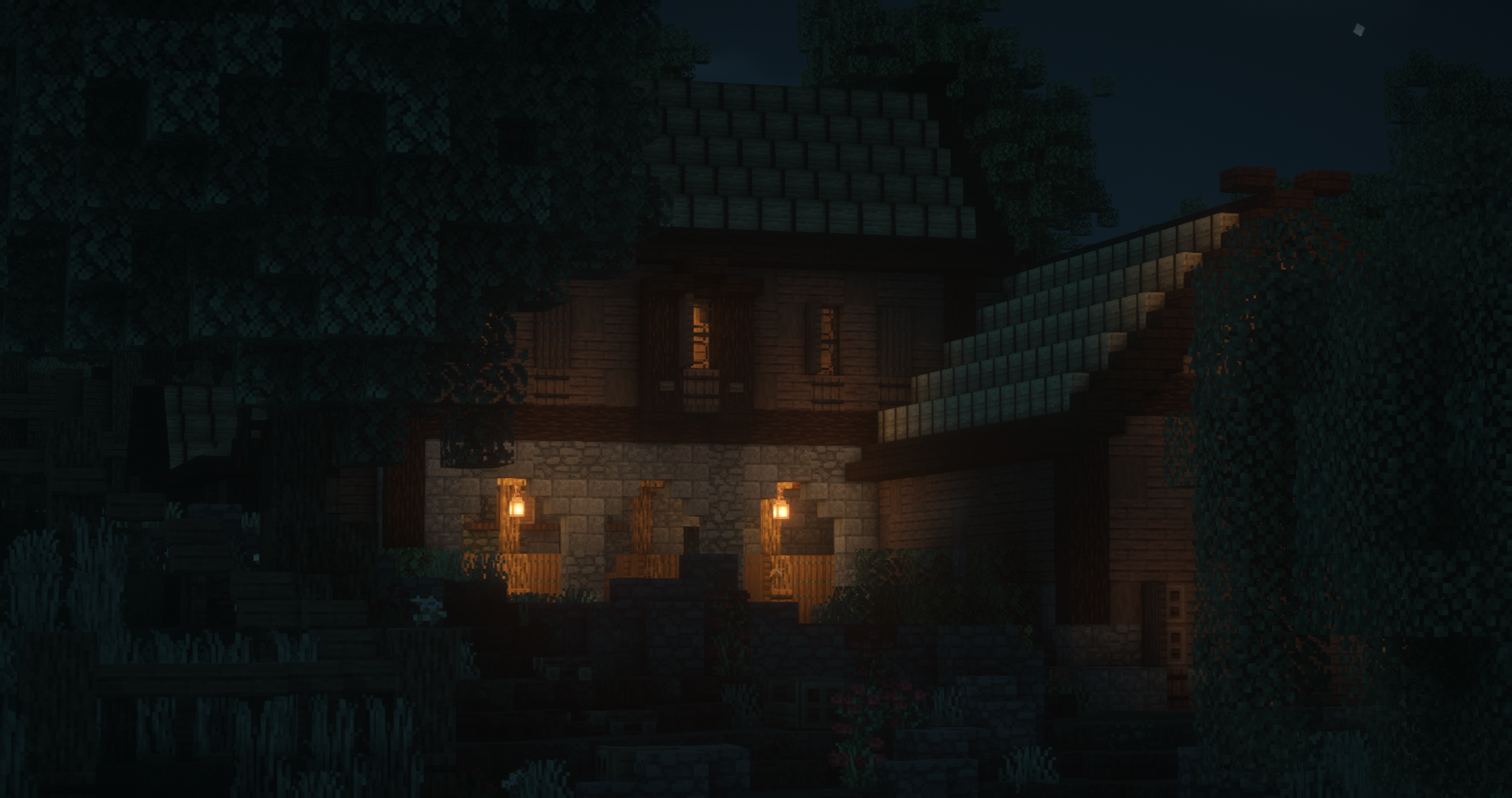 1920×1013
Editor’s Note
Another two weeks, and another newsletter. With 2021 officially underway, EpicQuestz enters its tenth year as a build team. This week, I’ll take you through the server’s recent progress, and there’s certainly been a good amount. So here it is, the most anticipated release of this weekend: Newsletter #40!
-@dog_lover11

1911×777
Aldburg | In Progress
Project Leader: @Tobberz
Aldburg has continued to make brilliant progress, speeding up over the past few weeks. The castle is complete and we have begun on the buildings within the motte. I’ve also been adding interior jobs for the keep and said buildings.

In terms of the inner bailey, all the gardens/yards are now complete, and the only extra things we might want to do here is add some street atmosphere. Beyond that, the towers in the walls need interiors done.

For the outer bailey, the most glaring absence is the empty yards at the back of the houses, which I’ll need to work with the Artists/Designers to come up with a formula for. I also want to convert some of the default houses which have been built into profession structures, such as blacksmiths etc. I started on a manor up on the hill, and @dog_lover11 has started on building a mine nearby.
- Project Leader, @Tobberz 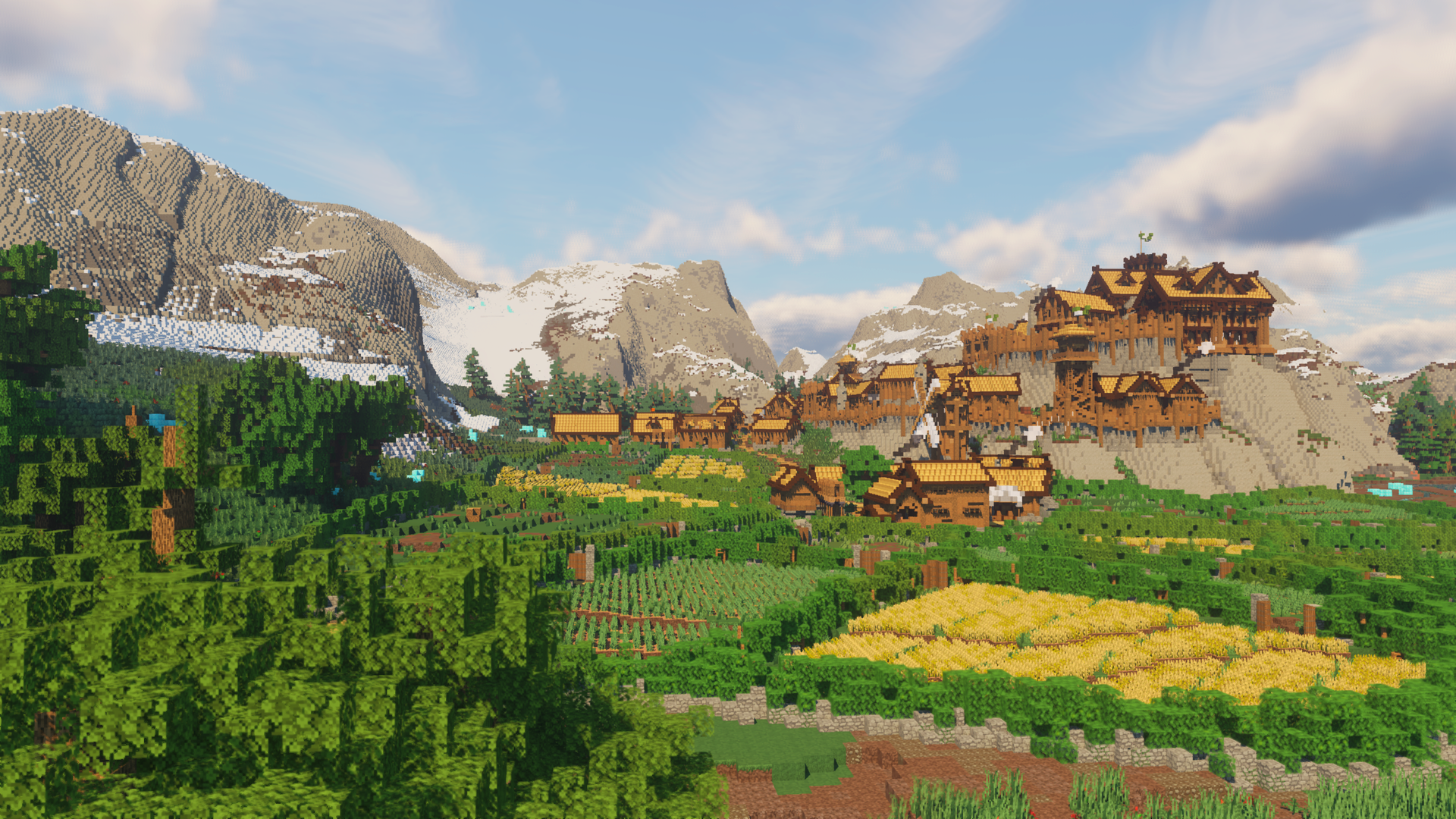 1920×1080
Grimslade | In Progress
Project Leader: @LimeeFox
We have dealt with the pastures and meadows as promised in the last newsletter, and we’ve also added some pens. A few tweaks were done here and there, and we updated the chimneys for most houses. There’s just a pair of tasks left before we can work on the cinematic.
- Project Leader, @LimeeFox 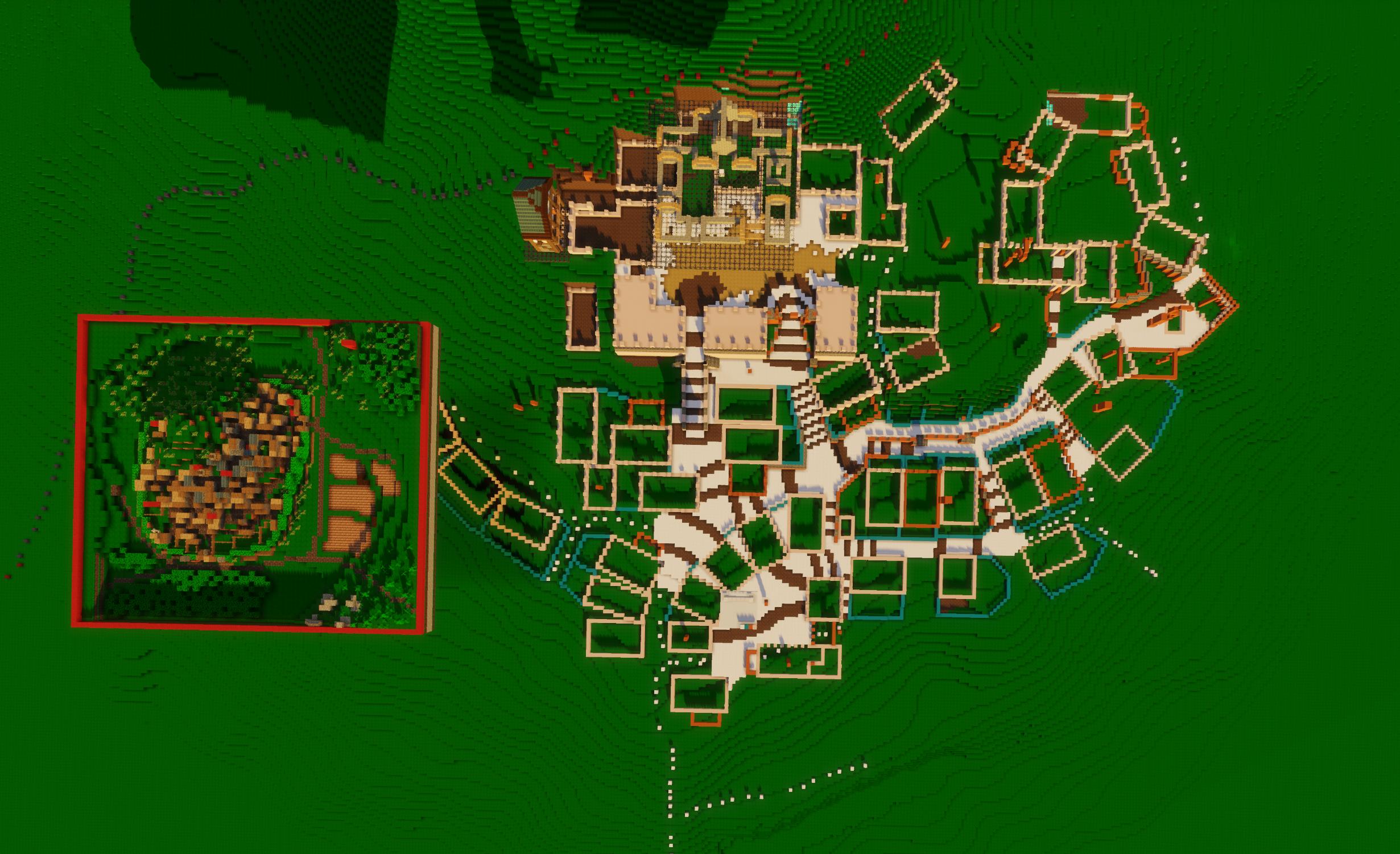 2461×1501
Bree | In Progress
Project Leadesr: @LimeeFox, @dog_lover11
I have spent two Fridays and a couple of hours on the weekends working on the houses layout. The prancing pony is laid out and around it, I planned some dense housing with tight and large streets. Approximately 25-30% of the whole planning phase is complete.
- Project Leader, @LimeeFox

1882×233
Other Developments
The permissions surrounding plots has been updated for each rank to the following:

1882×233
Promotions/Changes
@the_pharaohs_cat has taken on the role of Texture Manager, joining @Elu_Thingol in the role in his growing absence.

1882×233
Resource Packs
In light of me being promoted to texture manager, @Tobberz and I have begun brainstorming potential changes, and have already made a number of changes to be released in the coming weeks. Perhaps the most notable change in terms of texturing is the porting of our texturing efforts onto GitHub so that Tob and I (as well as @Elu_Thingol when he returns) can work on the packs more collaboratively and more easily manage the textures and models in each pack. This will hopefully allow our texture team to create textures quicker with razor-sharp speed and efficiency, so look forward to the coming changes!
-@the_pharaohs_cat

1882×233
Featured Creation
Tallying up yet another featured creation on his ever-growing number of marvellous structures, @the_pharaohs_cat built a truly magnificent keep for Aldburg, along with a few upper class houses surrounding it. A fine creation from a fine designer! 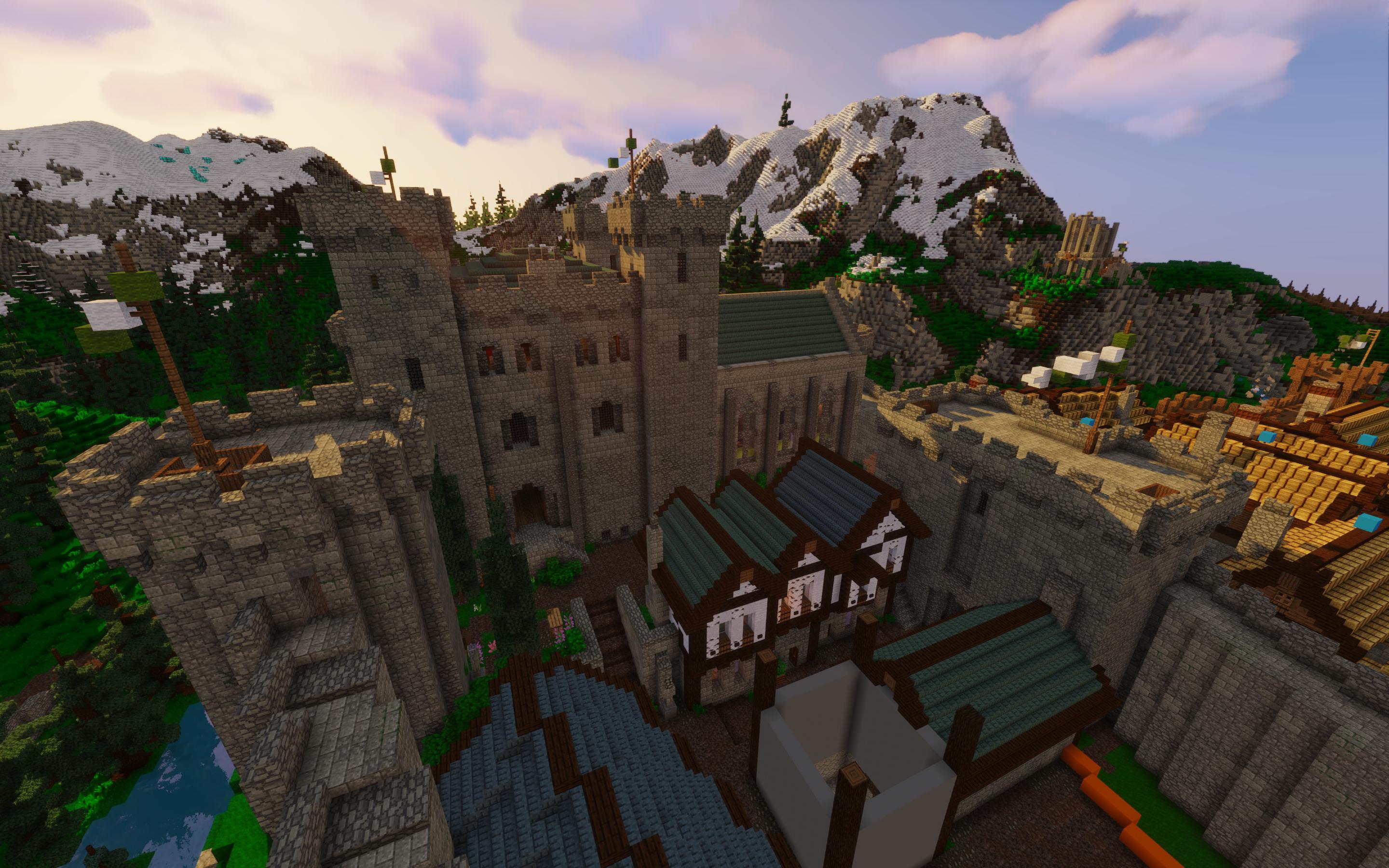 Thank you all for reading, my loyal and dedicated fans, but unfortunately it must come to an end. Progress on Aldburg continues to steamroll ahead, and things are starting to heat up on Bree. Farewell for now, and I look forward to seeing what progress all you busy little builders get up in the next two weeks.


**BI-WEEKLY QUIZ** How long is the runtime (in minutes) for the entire Lord of the Rings extended trilogy add together?

Answer to the previous quiz:
Morgoth promised Húrin that he and his kin would be brought into ‘darkness and despair’, that ‘evil shall arise’ anywhere they go, and that “They shall die without hope, cursing both life and death.” Whilst it is debatable whether Morgoth actually put a passive curse on them or if he actively caused many of the misfortunes that plagued Húrin’s family, the chapters of the Silmarillion about Húrin’s children are some of the most tragic and devastating ones to come about. Even as Húrin is released from his prison, after being forced to see all of the carnage brought about by his children, he is a broken man and brings only sorrow to those around him.

10th year! And the best is yet to come. My premonition suggests that 2021 will be a bigly yuge year for EQ. We’re going into the third year of what I’d count as a new era for EQ, post our “independence”, and it’s been accelerating ever since.