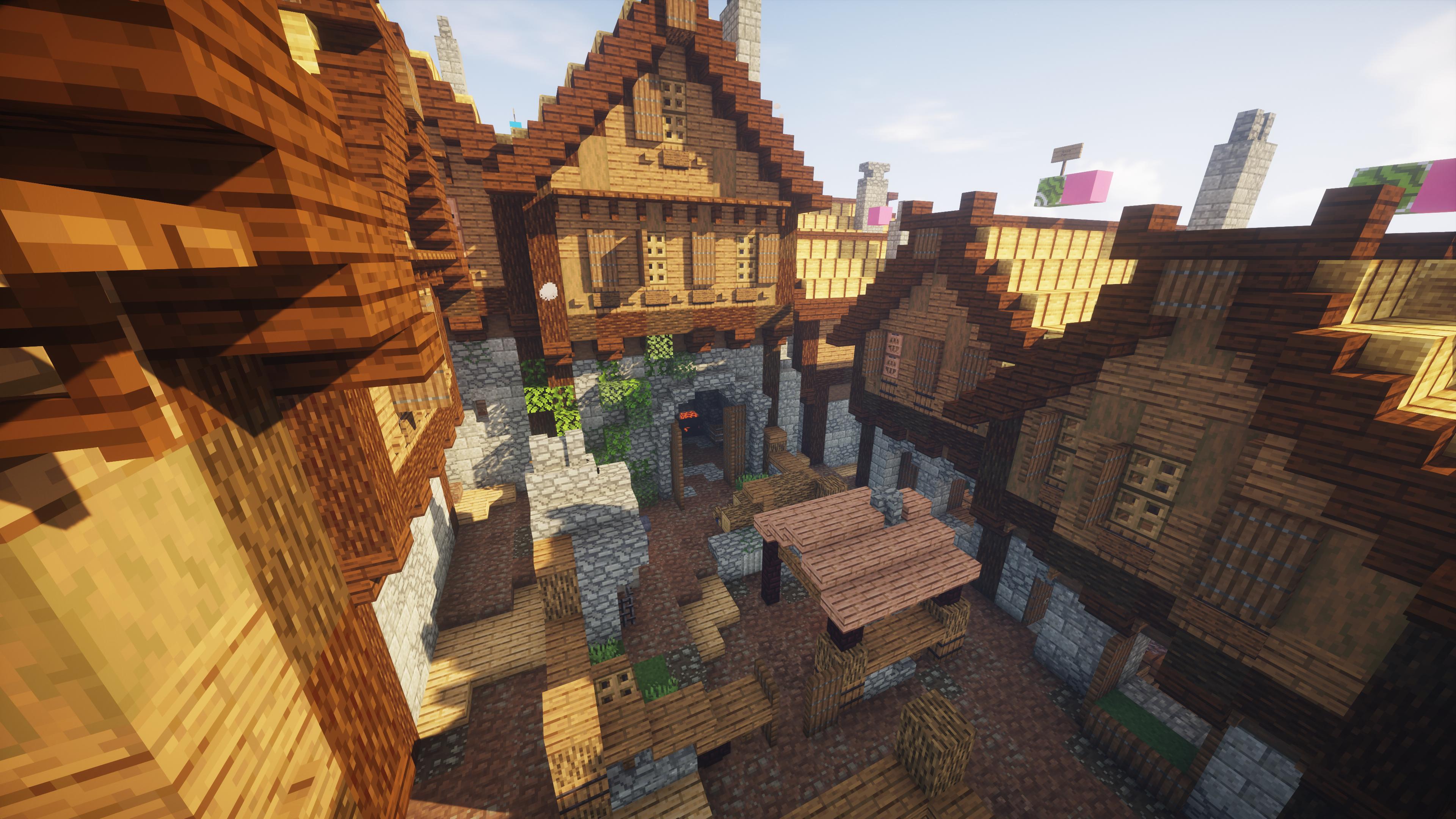 3840×2160
Editor’s Note
Hello everybody, new and old! If you join us for the first time, you’ll learn about everything that has happened to our community during the past month in this article. I am LimeeFox, the Lead Manager of EpicQuestz and in this edition, I will be your host! 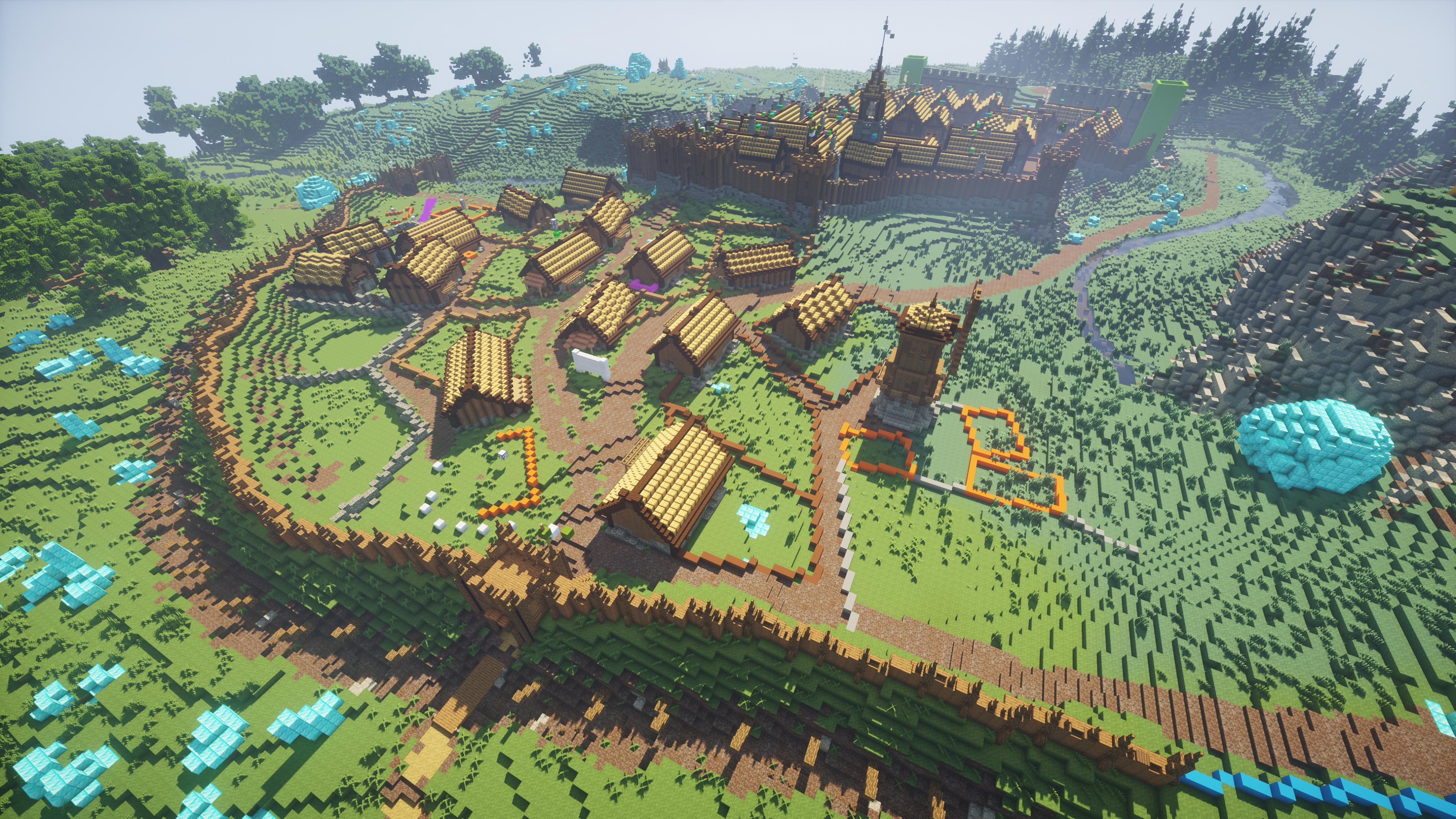 3802×2139
Aldburg | In Progress
Project Leader: @Tobberz
Aldburg has made an awful lot of progress over the last month, with some two dozen jobs being completed by the builders. the_pharaohs_cat got round to designing the two gatehouses, which has added a sense of completeness to some of the project. One inner farm has been completed, with another on the way. A few of the paths have been finished, though sadly we had to re-do a part of the outer palisade due to aesthetic problems. 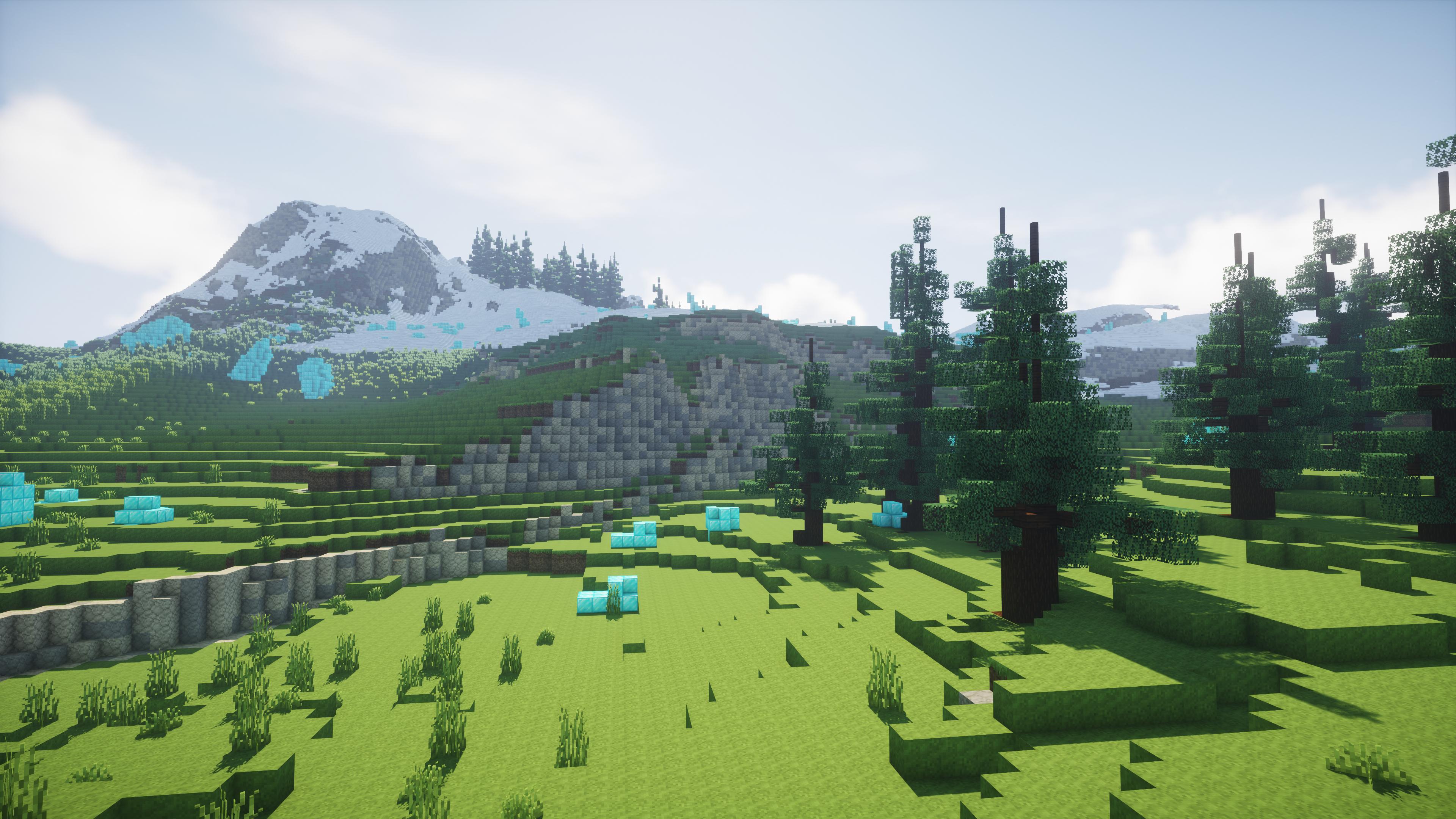 1882×233
Resource Packs
These are the following changes applied to each resourcepack:

Elu_Thingol, our Texture manager was sadly unable to respond due to some complications, but he told us about the changes he made to all of our resourcepacks. He also mentioned that he centralized the development of the resourcepacks, which means that all of them are going through the same changes.

1882×233
Other Developments
A lot of news is coming.
First of all, StealWonders and I registered EpicQuestz on three different server lists:

This should allow us to get new players, especially if you regularly vote for us! It’s simple. Whenever in-game, do /vote you will need to click on all 3 of the links & submit your vote for our server. Do it as often as you can (1 vote per day per website). The more votes, the more chances of new players!

Secondly, we readded broadcasts after “remastering” them (like old rock bands do…). They are supposed to act as reminders and tips & tricks. For example, they occasionally remind players to vote.

Yesterday we have hosted a huge shootings session for our Setton cinematic, which will include live-action scenes. Thanks a lot to every volounteer who was able to come! It was a great pleasure working with you and great fun too. Nonetheless, we were particularily performant and could record all scenes very effectively and without problems.

1882×233
Technical Corner
A very important thing to note, is that our server has been updated to 1.16.3! We’re one of the very few creative servers to give everybody full access to World Edit and Voxel Sniper in such an up-to date game version. Enjoy!

As mentioned in Other Developments, the /vote command has been added to accomodate our presence on server lists. All links are configurable within our plugin’s config.
StealWonders has added the /emote command, which displays the list of emotes our donators can use. DONATE NOW!
Some background technical changes to how the EpicSuite plugin handles its configuration file have been made.

1882×233
Promotions/Changes
I, LimeeFox, have been repromoted to Designer, and I have taken the role of Lead Manager

1882×233
Featured Creation
In this newsletter, we’re featuring LimeeFox’s primitive recreation of the Subaru Impreza WRC 2003, based off the one World Rally Champion Petter Solberg drove on his way to achieve the title. 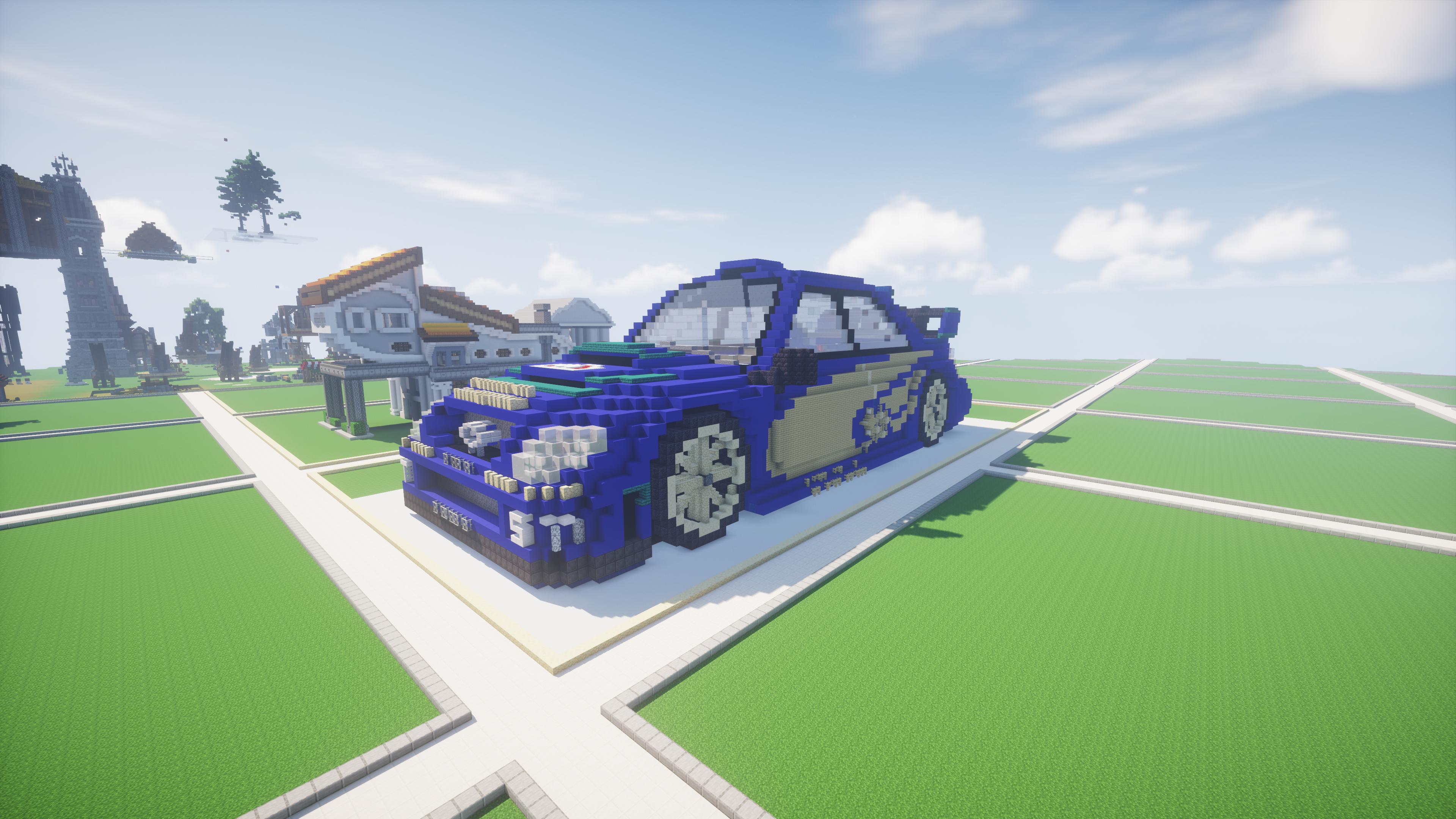 1882×233
Closing
A massive amount of work on Aldburg, public building server updated to 1.16.3, voting is implemented via /vote (VOTE AS OFTEN AS YOU CAN!). Additionally, we are intending to release Setton up for download later this week! Stay tuned!
Last time I wrote a newsletter was when I was designer, 8 months ago. It was pleasant to return, thanks for reading this and I wish you a very good week!


BI-WEEKLY QUIZ:
This question will be simpler than usual, for everybody should have a chance to answer!
Who guessed the right “password” for the doors of Durin, the western entrance in Moria?

Answer to the previous quiz:
Ungoliant, the queen of spiders was the one to drain the Light of the Two Trees. She agreed to help Melkor in this horrible act, on condition to be well rewarded, however Melkor didn’t reward her as well as she thought she deserved, so turned against him. He would have been killed if his balrogs didn’t come to aid.

It was an epic Frodo x Gandalf collab