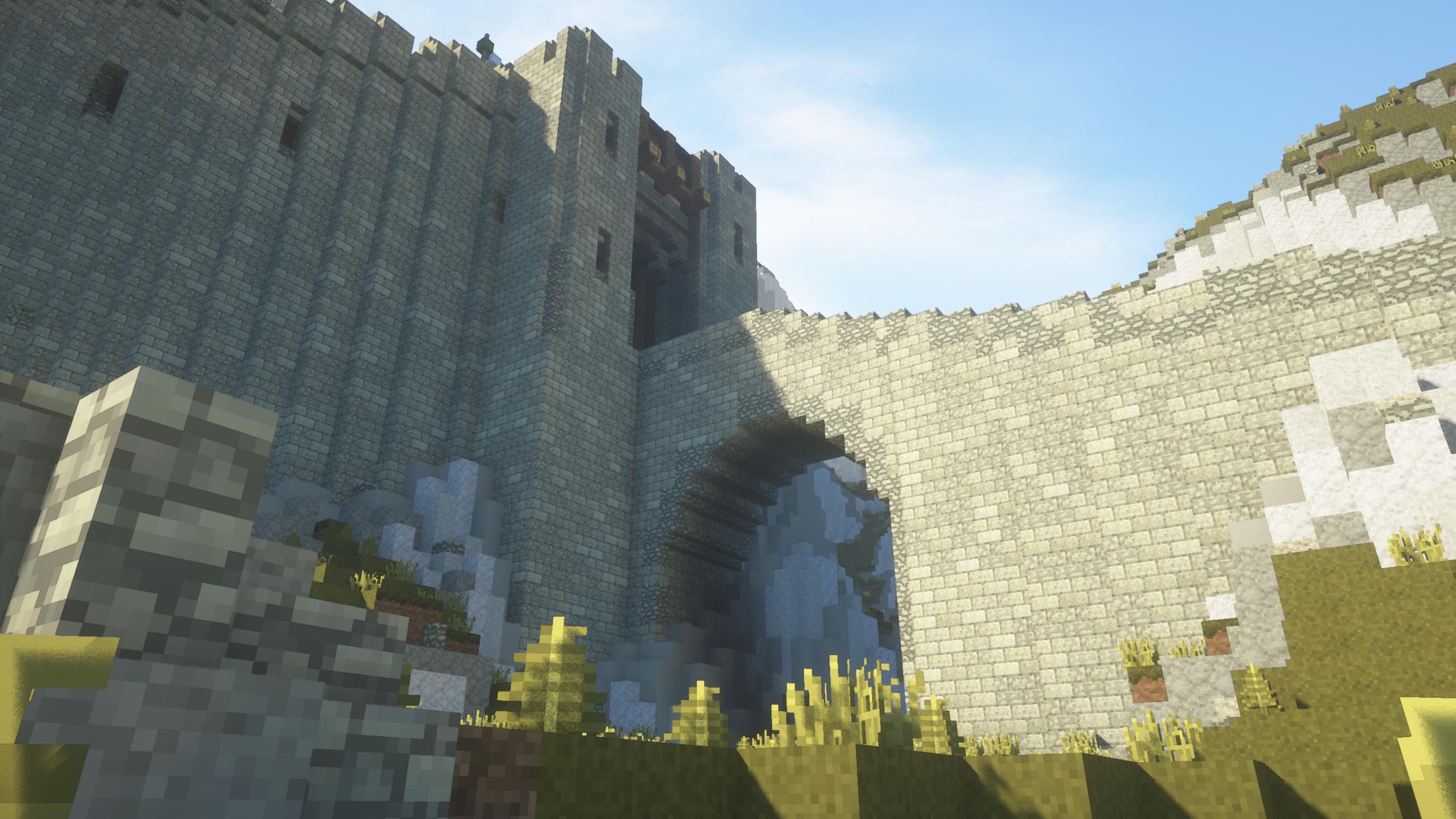 2732×1536
Editor’s Note
Hope everyone is enjoying the new decade! (At least, if you go by the ISO system.) I’m Enoshade, and have been trained in the pedantic arts by Count Dooku. It’s been exactly 2 weeks since the last Newsletter, and since @LimeeFox and @Tobberz and @the_pharaohs_cat are all busy, you are now stuck with me - I’m not quite sure if that is a good thing or not either.
- Editor, @Enoshade 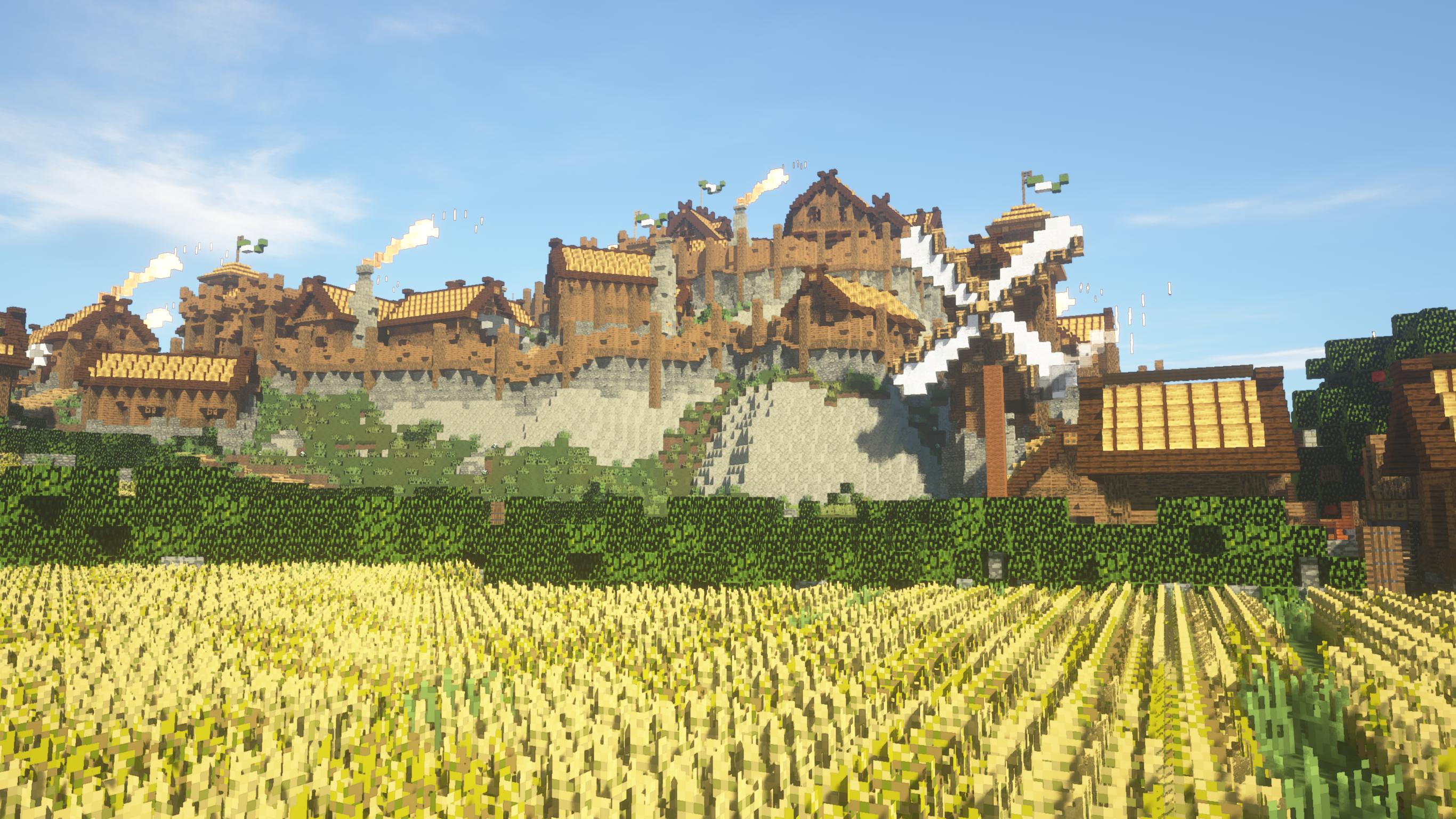 2732×1536
Grimslade | Almost Complete
[Manager: @LimeeFox]
“Grimslade has proceeded very slowly, all we need to finish is the farms. The issue is, right now only two and two half people are working on them, so progress won’t speed up. I will do my best to organise a build event for Builders to help out in the monotonous work of hedge and wall making, so that part of the map should be finished in about 2 batches of 30 minute work at very most.“
- Project Overseer, @Tobberz

2626×1128
Minas Tirith | In Progress
[Designer: @the_pharaohs_cat]
“Despite being fairly active in last update letter, Minas Tirith has once again mostly stagnated (thanks to myself). All that has happened since the last update letter is the rearrangement of a few buildings on the 5th level, and the outlines of where a few new ones will be made.”
- Project Designer, @the_pharaohs_cat 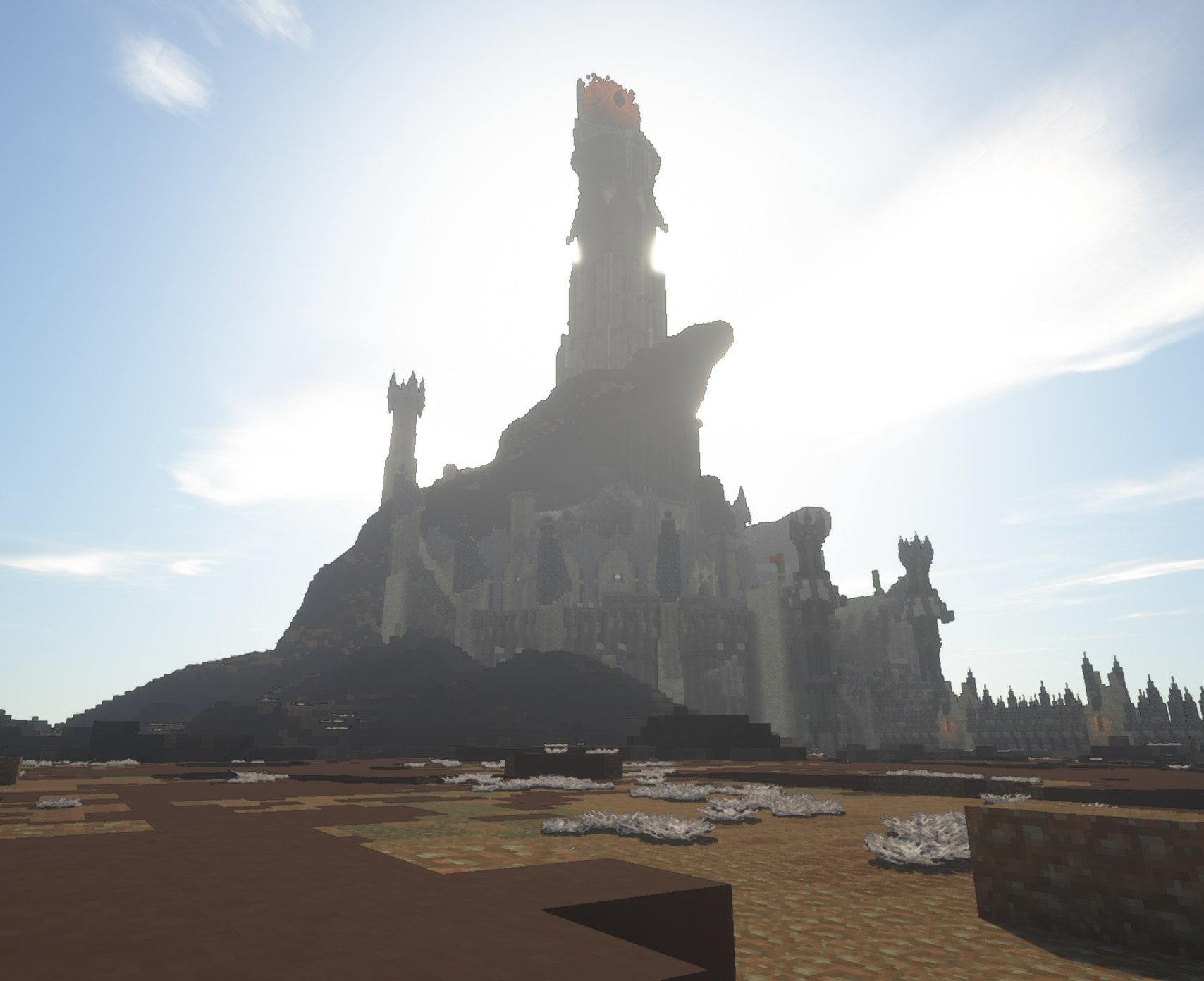 1708×1392
Barad-dûr | Paused
[Manager: @thebeserker]
“I’ve completed the terrain for the part of the Plateau of Gorgoroth directly surrounding Barad-dûr. It encompasses a 500x1000 area, and I would say it sports my best colouring work to-date. The coral fans as the scanty dry vegetation of the Plateau fit surprisingly well. A big thanks to Bes and Gelek for not planning out anything in advance, necessitating me to manually define the separation between the structure and the terrain. But no hard feelings.“
- Terrain Designer, @Enoshade 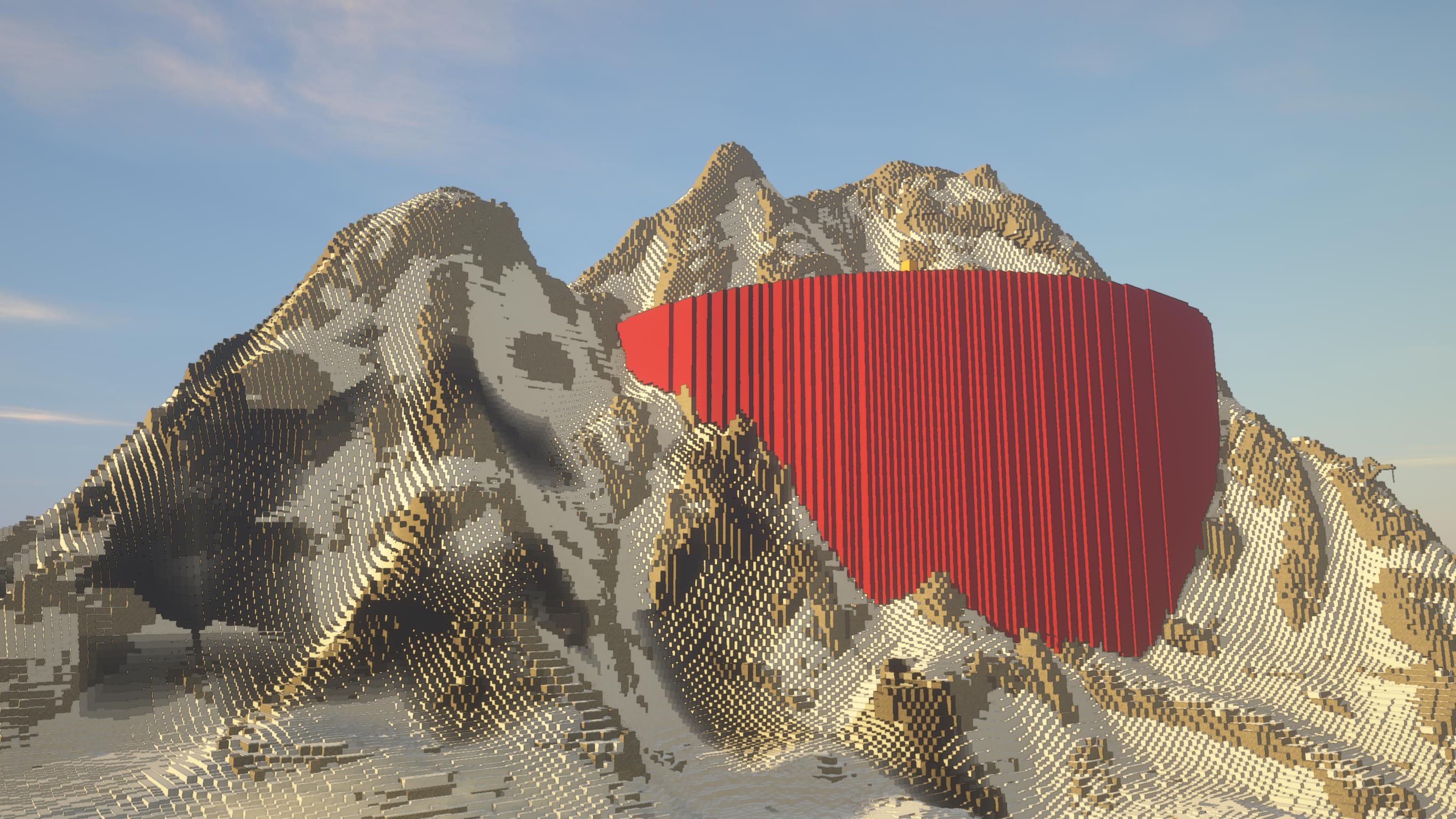 2732×1536
Nordinbad | In Progress
[Manager: @thebeserker]
“we have began the work on the fortress as well as finished up filling holes on the terrain“
- Project Manager, @thebeserker

"I’ve adjusted one of the mountains in Nordinbad to more accurately fit the fortress itself. Savitarr and Raar will start on planning out the intricacies of the fortress soon - currently it is at the very start of the colorboxing stage.
- Terrain Builder, @Enoshade 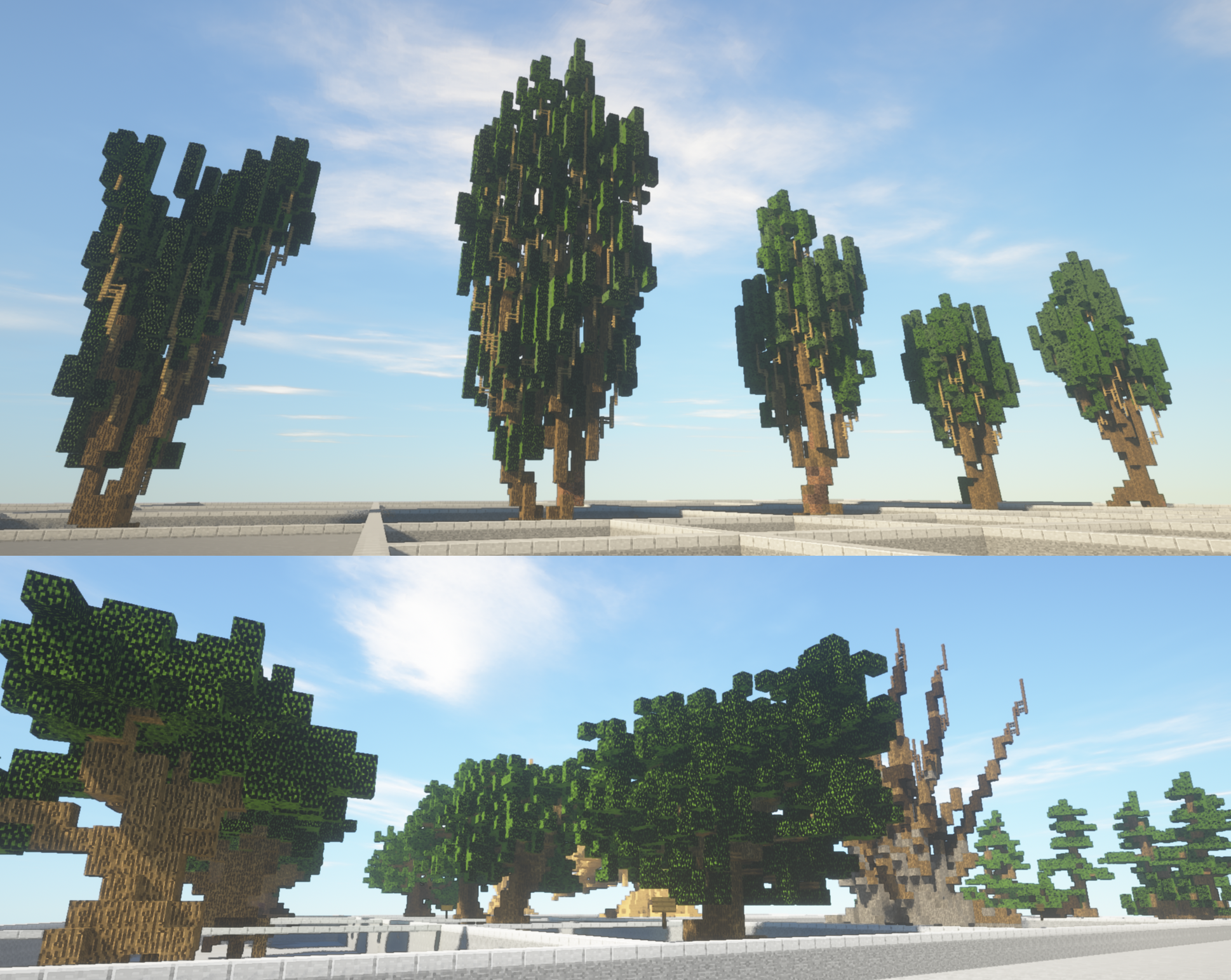 1938×1543
Rohan Terrain | In Progress
[Designer: @Enoshade]
“I’ve been pushed around working on other EQ projects the last few weeks, but the progress I’ve made on the Rohan Terrain (or, more specifically, the assets) in the downtime is not negligible. I’ve finished my collection of Poplar trees, which will populate a lot of the drier areas of Rohan, and have pretty much completed reordering the rock pack and adding some new rocks on my own.“
- Project Designer, @Enoshade

1882×233
Other Developments
Me, Savitarr and Bes carpet-bombed the unofficial Moria project with advice a few days ago. Fortunately, not too many feelings were caught in the crossfire, with the death toll estimated at less than one.
Savitarr, dog and some other members were planning on starting a small Harad-based project, but that depends on whether I find the time to make terrain or not.

1882×233
Technical Corner
Axe_Villager gave @StealWonders an updated version of the chairs plugin (enabling sitting on stairs), which should be implemented on the server soon.
Steal has also been working on the EpicSuite plugins himself, having added support for async teleportation (which is run apart from the main thread of the server, causing less lag and preventing possible crashes), added tab-completion to some commands, adjusted command permissions and updated a permissions module to a newer version which should result in less possible incompatibilities.
We have also tested FAWE commands and results have been sent to the FAWE dev team, which should help them fix errors in the plugin in later versions.

1882×233
Promotions
@Elu_Thingol, @Thijs_Neefs (Thijspvp3030) and @Frisian_Nationalist (Mr_Jelle) have been promoted to Trial Builder. Good luck to them with a swift and decisive promotion to Builder.
Since I never got a chance to congratulate myself on getting Designer, here it is. Congratulations @Enoshade.

1882×233
What Can Members Do?
Builders can help work on the fields around Grimslade, quite a few of which are not yet finished. Contact @Tobberz or @the_pharaohs_cat for more info. There’re not many other jobs on our current projects, but if you want you can try asking around on discord.

1882×233
Featured Creation
This time, because he was unable to write the newsletter himself, @the_pharaohs_cat bribed me to feature his build anyways.
Being seized by a sudden urge to capture the castle of Hogwarts within the blocky frame of Minecraft, cat started upon this daring endeavour. He wrote to a legendary terraformer for help but was most unfortunately denied. Thus started his trials; but will he come out victorious? Only time(turners) will tell. 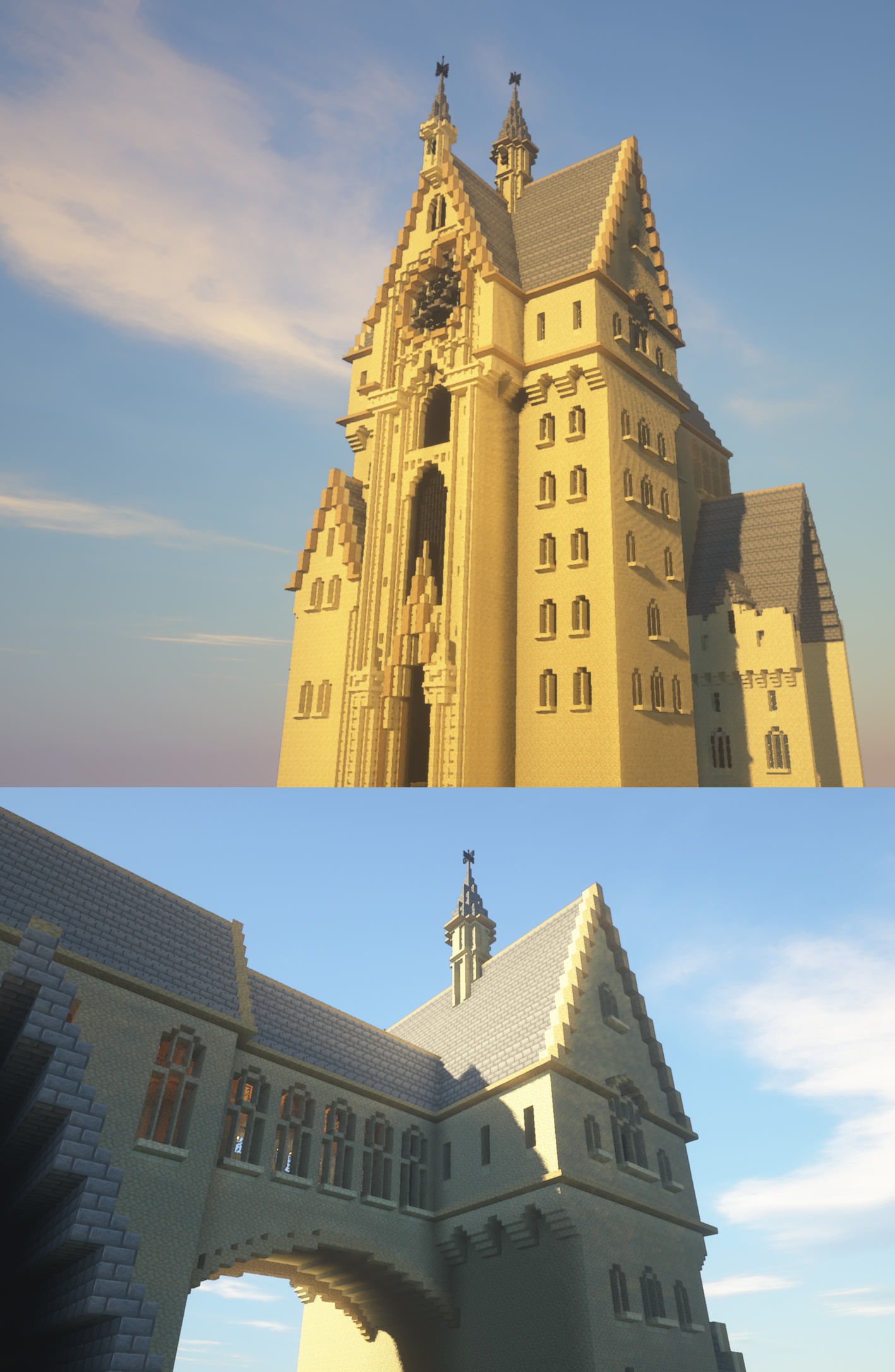 1882×233
Closing
This newsletter was written in a 10-minute¹ break between working on Rohan Terrain and doing maths homework for my uncle. I hope you all will have a fantastic two weeks, and until next time!
¹ Statistics may not be accurate

Screenshots in this newsletter all taken by me
Shaders used: Seus Renewed 1.0.0

BI-WEEKLY QUIZ: How did Maedhros lose his hand during the First Age? Comment below! Answer is revealed in the next newsletter.

Welp, it looks like i’m first out the starting gate for the bi-weekly quiz (characteristically so)

I was initially thinking of saying that he cut his own hand off when he stole one of the Silmarils from the camp of the Valar after the War of Wrath. I then stopped myself, realising that it was a silly idea- I don’t remember if it was Maedhros or Maglor who threw the Silmaril in the sea, or in a chasm, but I digress.

I think that he lost his hand after Morgoth chained him to the mountainside of Thangorodrim (after he was captured in that little event at the parley with Morgoth after Feanor’s self cremation). Anyhoo, he got chained to the mountainside, and then Finrod (Felagund) came and saved him with Thorondor, but they couldn’t break his chains and so he cut off his hand.

Haha, Louis, I’ll personally give you the quiz solver of the year award if you keep going xD

Awesome job, well done Eno. I’ll have to decide which out of the LimeCatEno triumvirate will be best for the next letter… although maybe we should rotate it!