1920×1080
Editor’s Note
Christmas ahoy! It’s me cat, your fellow sultanadentist. It’s been a while since the last update letter, and since @LimeeFox and @Tobberz are both busy, you are now stuck with me - I’m not quite sure if that is a good thing or not.
- Editor, @the_pharaohs_cat 1920×1080
Grimslade | Almost Complete
[Manager: @LimeeFox]
“Since last time there has not been a lot of progress on Grimslade, but hopefully that will change in the coming weeks as we inch closer to its completion. We have begun work on the new farms, and they are coming along quite nicely! There are now only a few more interiors to be done on Grimslade; the Lord’s (and his family’s) chambers and a house in the middle level.“
- Project Overseer, @Tobberz 1920×1080
Minas Tirith | In Progress
[Designer: @the_pharaohs_cat]
“Yes, it’s back, surprise! There has been quite a lot of progress on Minas Tirith since the last time it was included in an update letter, so here we go.”

“I have removed many of the older buildings littered throughout the levels and tidied up many of the messier areas in preparation for new buildings. I also built some new areas, such as the 3rd level gate and ramp or the 4th level ramp and some houses around the 4th level gate. I textured many of the sponge paths in more developed areas so that they are now a nice street texture, and converted any of the older roofs into the blue/green roof tiles we are now using.”
- Project Designer, @the_pharaohs_cat 1920×1080
Nordinbad | In Progress
[Manager: @thebeserker]
“The project has been officially started, the terrain has finished and the progress on the fortress has begun.“
- Project Manager, @thebeserker 1366×768
Rohan Terrain | In Progress
[Designer: @Enoshade]
“On the 11th of December 2019, I lost all of the file data related to my Rohan Terrain project. After recovering a version of the worldpainter file from a few weeks back, however, I was able to continue. The Aldburg region of the map is almost completely sculpted now, and should be ready by the next newsletter. I’ve also finished up work on my tree pack, and after saving all of them as schematics will be able to start populating Southern Rohan.“
- Project Designer, @Enoshade

There has been some restructuring of the builder rank. Builders who did not work on projects have now been given the semi-recycled rank of traveller, and builders who still actively work on projects retain their majestic bright-green memer status. This will probably be elaborated on in the coming days.

Unfortunately, due to real life and technical mishaps, Aldburg has been temporarily forgotten (hit F to pay respects), but once these mishaps are sorted out it may eventually come out of its long hibernation in the ‘planning phase’.

We may also see a new update to the resource pack released soon, most of the textures will only be minor edits like crop textures, etc, but @Tobberz and I may begin playing around with the infamous pickles to see if we can’t make them into a nice group of table-top candles.

1882×233
Technical Corner
The EpicSuite plugin has been made ready for LuckPerms v5, and once we update the permissions plugin on the new 1.14 or 1.15 server everything will be ready. There has also been tons of progress on the EpicJobs plugin, with testing with @Tobberz beginning shortly. Plugin compatibility is constantly being checked on our demo server for 1.15.

1882×233
Promotions
With a large amount of builder re-assignment comes an important promotion;
Congratulations to @Enoshade for being promoted to Designer!

1882×233
What Can Members Do?
If you want to help out in the current projects there are a few jobs you can do. 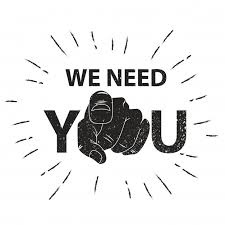 O.K, let’s launch into jobs before I accidentally start an EQ propaganda campaign. If you are good at interiors, you can find a few buildings in Grimslade that have to be done - look for yellow concrete above a house.

If you want to do something a little bigger on Grimslade, contact either @Tobberz or @the_pharaohs_cat who will teach you how to make a farm on Grimslade.

If you have some time to kill and want some monotonous work to do while you are jammin’ out to your favourite spotify playlist you could go to /warp Nordinbad and fill in some of the random holes in the snow that are plaguing the terrain at the moment.

1882×233
Featured Creation
To be quite frank (not Sinatra don’t worry), not much has happened in the past few weeks, so I decided to feature my own build. Hmm, seems more big-headed than I thought it would, but oh well, here we go!

It’s a germanic inspired gatehouse that also takes a fair bit of inspiration from Castle Krein by Dukonred1. 1882×233
Closing
In closing, whilst the server hasn’t been majorly active in a while, with Christmas fast approaching we hope to be a little more active. Merry Christmas to you all, stay tuned for future updates in the coming weeks, banana lord out.

BI-WEEKLY QUIZ: Where were the Seven Seeing Stones of Gondor (the Palantíri) located during Gondor’s prime. COMMENT DOWN BELOW! Answer is revealed in the next newsletter!

Answer to the previous quiz: Mithril can only be found in Khazad-Dûm in Moria. This meant that once the Balrog attacked Moria, the dwarves supply of Mithril was no longer accessible. Other dwarven settlements held other minerals too, such as Erebor, which was home to large amounts of gold, and the coveted Arkenstone.

Now then now then, let me think awhile.

Bugger
Well you know what I meant

Great newsletter! There are even more memes than in my editions, yet this one is much easier to read and to understand xD

And good job Kittoh on the letter