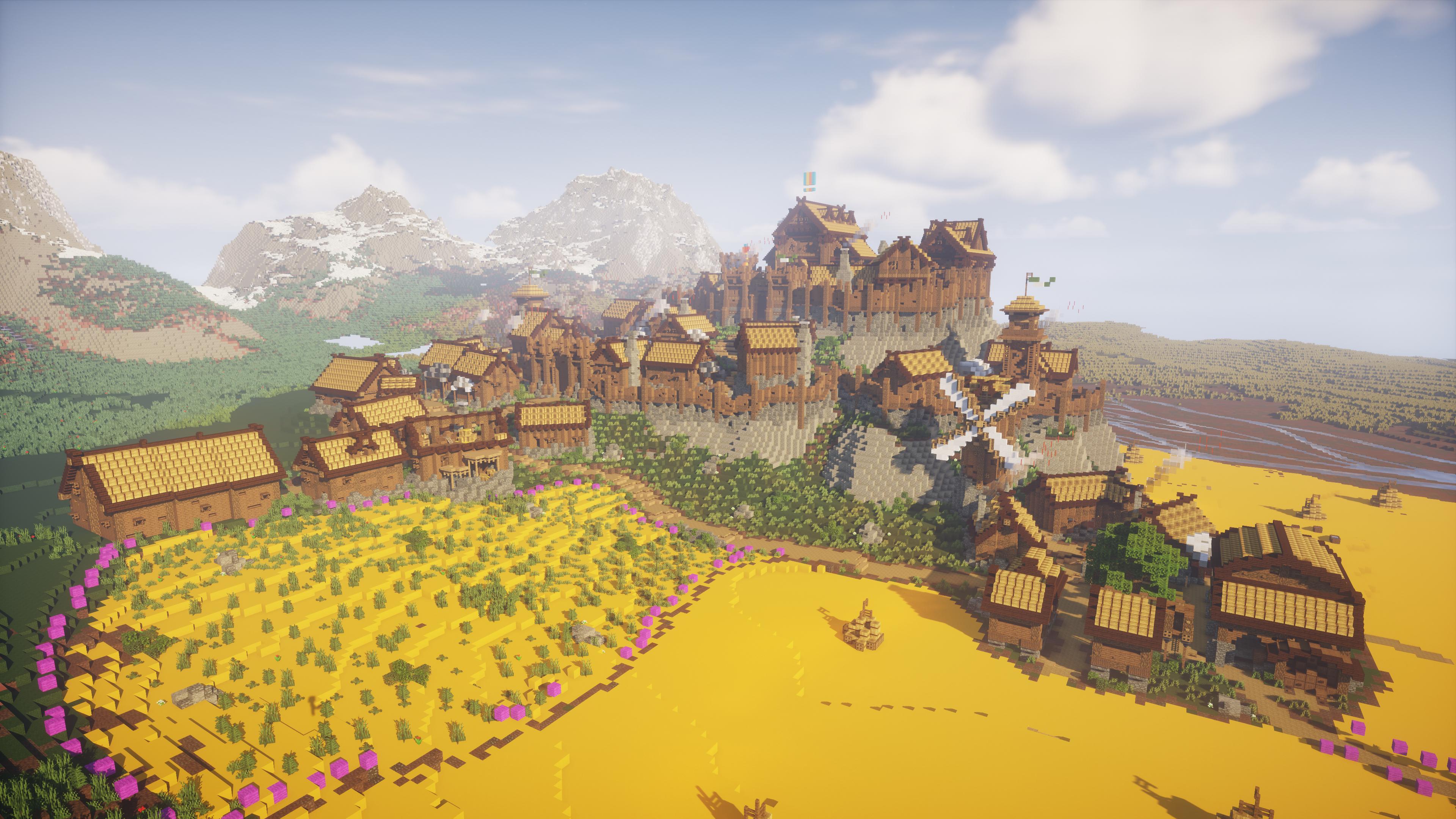 3840×2160
Editor’s Note
Happy Birthday EpicQuestz! Even though it has been about 2 weeks since that crazy 8 year event, on November 29th, it’s still important to wish a happy and successful 9th year for EpicQuestz!
*- Editor, @LimeeFox * 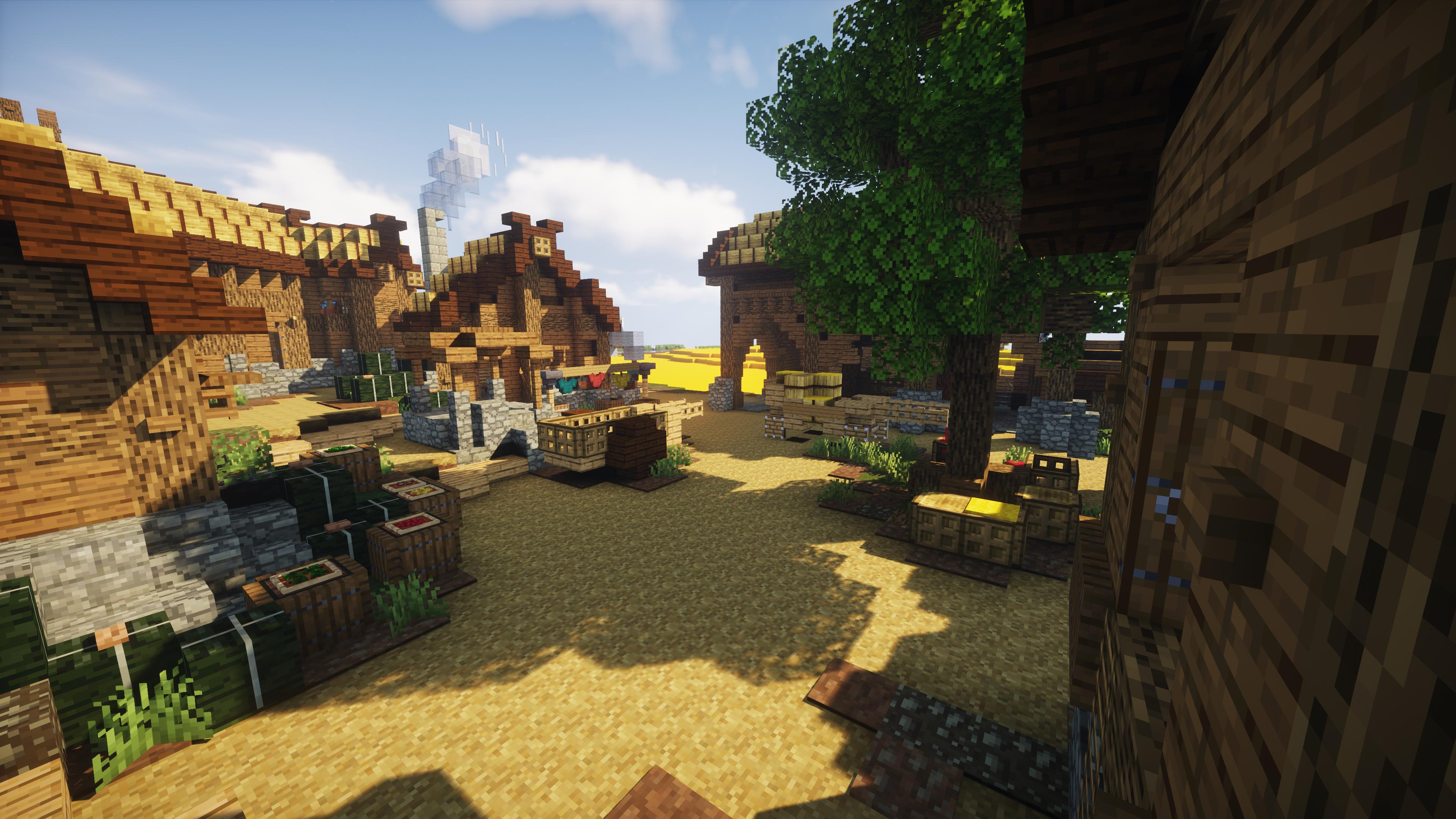 3840×2160
Grimslade | Almost Complete
[Leader: @LimeeFox]
The fields have been a bit erased, because we judged it to be necessary to redo it. I reviewed pretty much all of the interiors in the town and after that we adjusted some of them closer to what I preferred. We added a couple of trees here and there, and also built a tower for the feast hall, so that the superior floors of that building became accessible.
- Project Leader, @LimeeFox

Rohan Terrain | In Progress
[Leader: @Enoshade]
I’ve mostly finished the tree assets for Rohan, and am saving them as schematics. After months of ‘working’ on the terrain, I’ve finally decided to sit down and make a plan. The first step will be to create the terrain for Aldburg, which should hopefully be ready for exporting by the next update letter. After that is done, building can commence on EQ while I continue on with the rest of the terrain.
- Terrain Leader, @Enoshade

1882×233
Other Developments
The team is now beginning it’s work on Shurima, a grand location from the League of Legends game, and as mentioned in the previous Newsletter, on Aldburg, however Aldburg is still in a pre-building planning stage.

We decided to run a little Build-Off, at /warp BuildOff. The theme is: Tom Bombadil’s home. If you would like to participate in this event, ask a staff member to add you to the plot on which the build-off is hosted. In this plot, there are multiple little sections, little plots, outlined with purple blocks. You need to build in one of them, and to claim one, simply place a sign with your name on it’s corner. The deadline is November the 14th. Below, you will find the full info about this Build-Off: 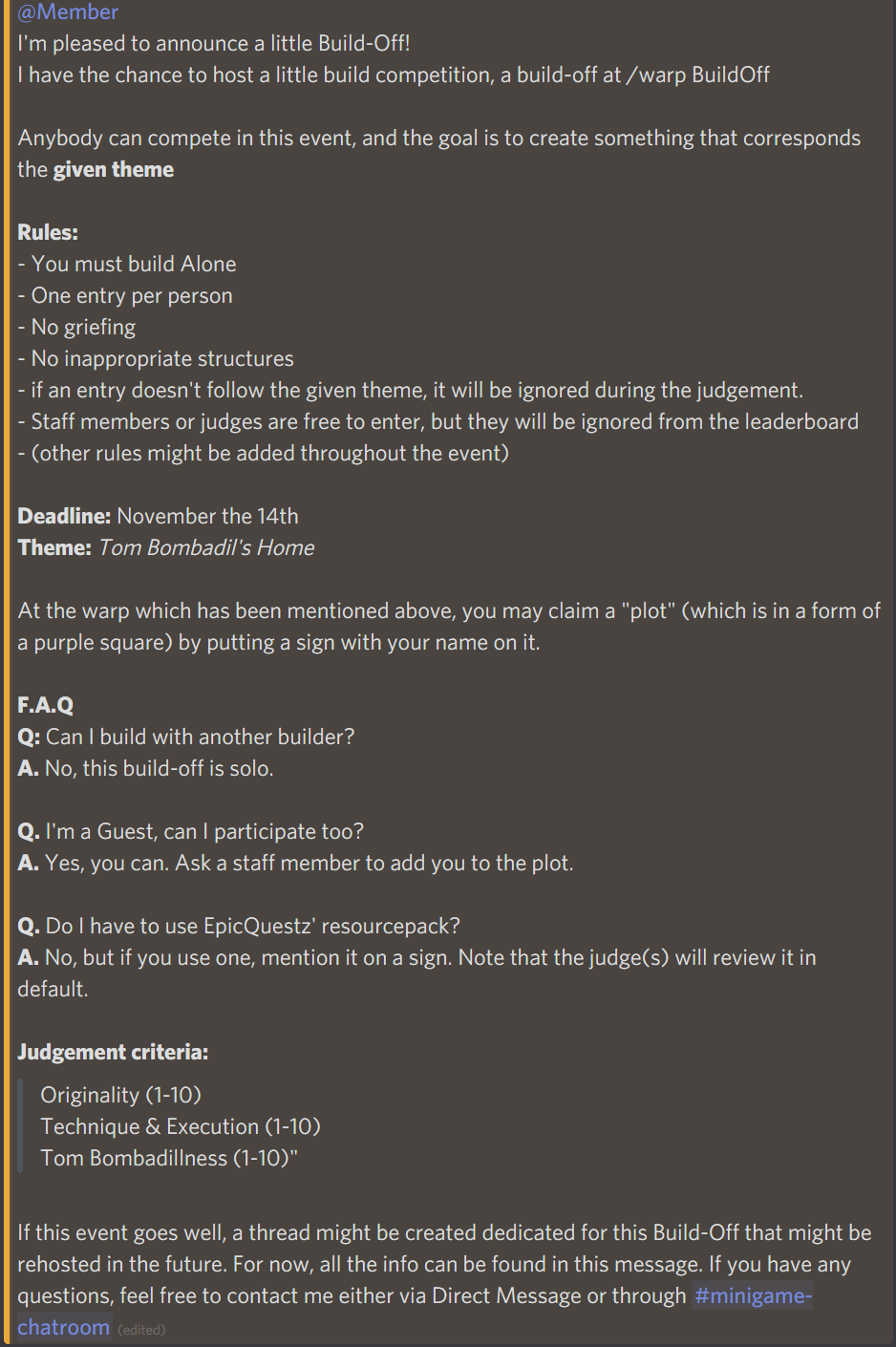 1882×233
Technical Corner
We finally found a fix for light bugs and glitches! Only thing is, the command that fixes it is reserved for members of the staff team. Whenever you are having light glitches and bugs that you would like fixed, ask any staff member to fix it for you!
The Petblock plugin has been updated. 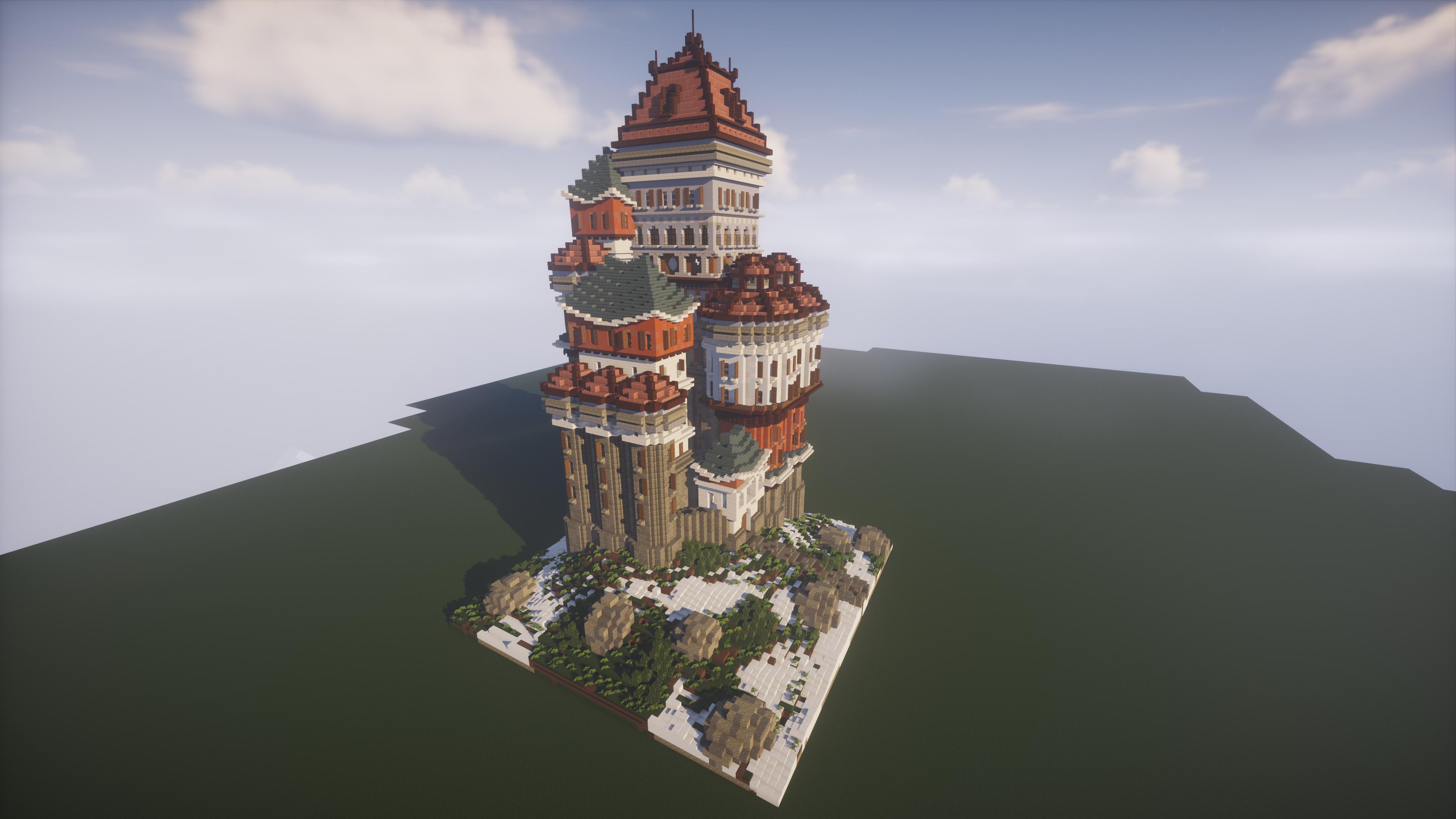 1882×233
Closing
We are on the verge of Helm’s Deep publication. Stay tuned during the coming week!
BI-WEEKLY QUIZ: What is the only place where one can find Mithril? COMMENT DOWN BELOW! Answer is revealed in the next newsletter!

Answer to the previous quiz: Mirkwood got renamed to Eryn Lasgalen which means Wood of Greenleaves. It resembles to the name given to this forest during the pre-Mirkwood times, Eryn Galen which means Greenwood the Great, but with the addition of the Sindarin word “las”, meaning leaf.

Frodo’s chest, underneath his normal clothes

In many pillared halls of stone,
With golden roof and silver floor,
And runes of power upon the door.

In Moria, in Khazad-dûm