1990×920
Editor’s Note
Ah, what I would give to have the power again… to be the one making the Newsletter. Right, I’m doing it this time, and nobody can stop me - haha haHAHA HAHA!!!
-@Enoshade

1990×920
Osgiliath | In Progress
Project Leader: @the_pharaohs_cat
"We are currently working actively on District A - Affluent Middle Class, which has been entirely planned out and is now awaiting exterior structures to be built by Members. There are also about 4 interiors which need completing. @the_pharaohs_cat is working on a large palatial building, the use for which has yet to be determined (recommendations are welcome). Now the whole area is planned out, my aim will be to proceed with planning out the remainder of this shore of the city. Check the project thread for more info on progress and updates.“
- Project Overseer, @Tobberz 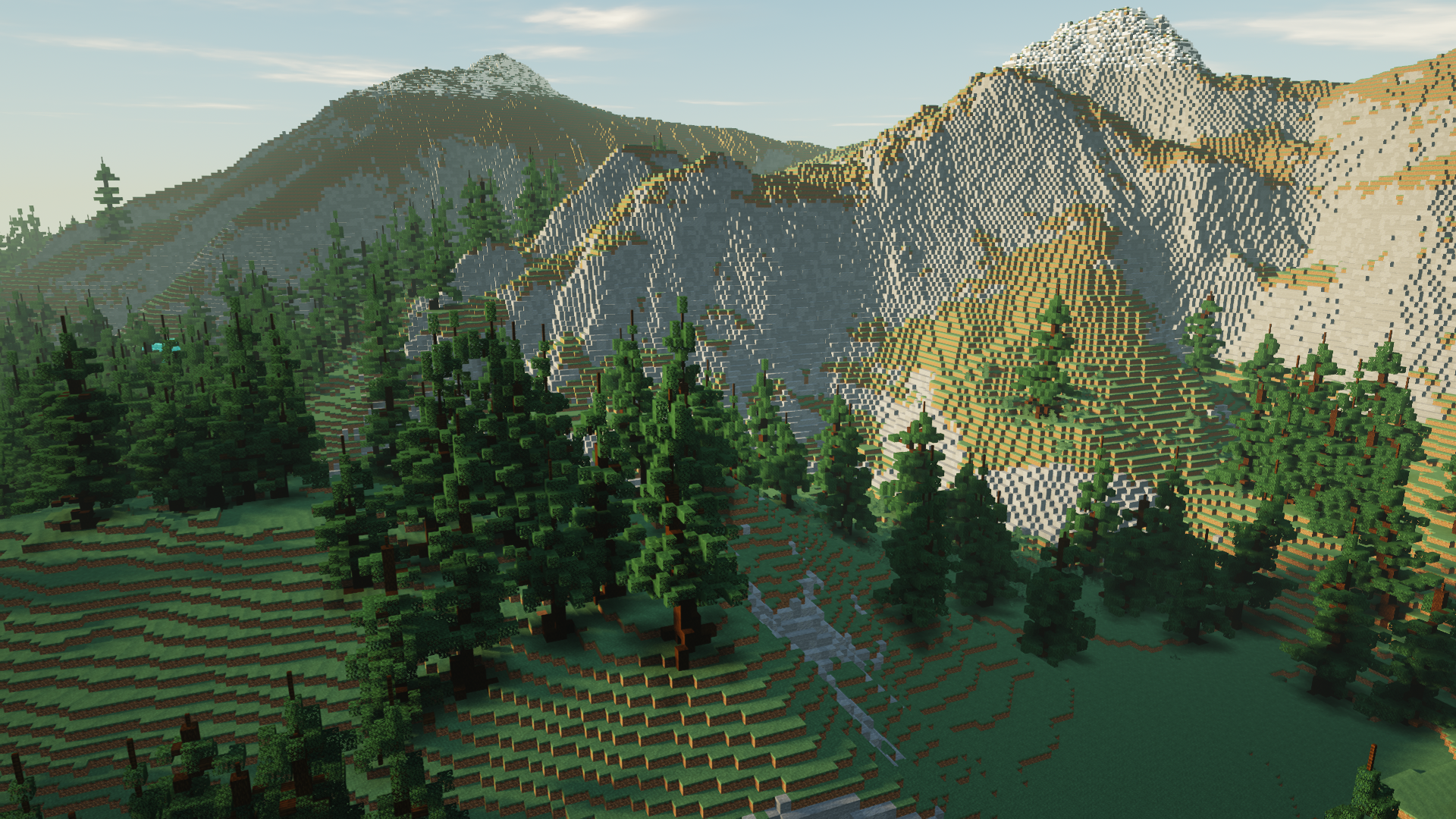 1920×1080
Rohan Terrain | In Progress
Project Leader: @Enoshade
“More plants have been made and imported. I’ve started putting down the forests around Aldburg; the screenshot should speak for itself.”
- Project Designer, @Enoshade

1882×233
Other Developments
There have been a lot of developments resourcepack wise - the biggest is the split into a Gondor pack, which we are currently using for Osgiliath. The changelog for the Gondor pack is:

For both Gondor and Rohan branches:

1882×233
Technical Corner
@StealWonders has been working on the EpicJobs plugin, and IPv6 has been set up on the server which should ensure that it is future-proof, as Internet Protocol version 6 (IPv6) will fully replace IPv4 at one point. It may also net slight performance improvements and an increase in server security, though these would be tiny at best.

-osgiliath-info channel on Discord for all the information you need to proceed.

1882×233
Featured Creation
For the last few months, I (@Enoshade) have been working on a futuristic utopia city - it is still in the colourboxing stage, with most of it being made up wool placeholder blocks, though the image attached involves a mostly finished shopping area. I have an interesting concept for the rightmost shop - it will be a delivery location for a citywide conveyor belt system, which transports containers from a central teleporter array. The upcoming containers are also displayed on a ‘screen,’ which is a map of a painted region. There are hovercraft for public transportation across the city, and simple walkways to traverse the verticality of the city. You can see my progress near /warp Terrain 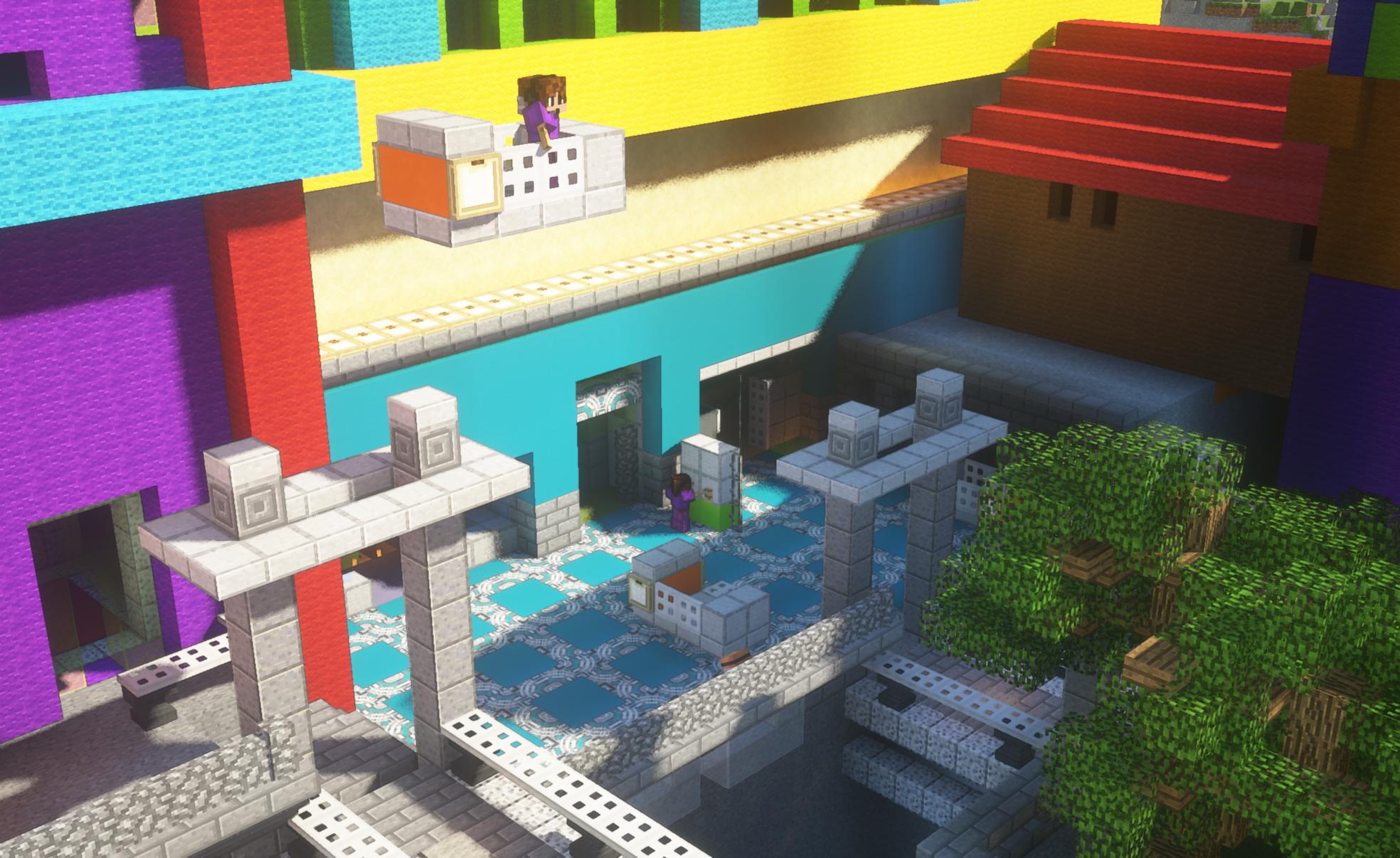 It’s been a lot of fun writing the newsletter again, and I certainly hope it’s been as much fun reading it! Have a good morning/day/evening/night everyone.
-Signing off, @Enoshade.

Screenshots in this newsletter all taken by me
Shaders used: Seus Renewed 1.0.0, and SEUS PTGI for Rohan Terrain


BI-WEEKLY QUIZ:
I have a more open question this time. There is no conclusive answer to this, and it is largely a matter of personal opinion. How did Morgoth create the dragons? Answer in the thread below, I look forward to the discussion.

Answer to the previous quiz:
Elu Thingol, also known as Elwë Singollo, was an elven king of the Teleri during the first age. He was sent as an ambassador for the Teleri to Valinor, though when he returned for his people they lagged behind and missed the departure of the floating island of Tol Eressëa. While waiting for the island to return, he met Melian the Maia, whom he promptly fell in love with - and stayed behind in Beleriand with her. His people would not depart without him, and so tarried as well. He ruled the kingdom of Doriath with Melian, who provided a magical barrier that kept Doriath from harm. Soon after, he fathered Lúthien Tinuviel - “ere moon was made | or sun was wrought.” There were many tales involving him, though you would be better served reading the Silmarillion than my poorly abridged version.

Thank you dawg, glad to hear.

Only the biggest brained editors feature their own creation, good job Eno

morgoth created the dragons with his pinky fingers

Bold of you to assume he had pinky fingers

I did finish a build of mine like 5 days ago

I asked everyone participating in making the Newsletter whether they could think of any builds to feature; the answer was no. I then asked in the ranked-club channel 2 days ago, and you didn’t respond then - so I had absolutely no way of knowing this. I would’ve been happy to feature any build as long as it looks fine.

Didn’t see that in discord, my fault, sorry

You could always ask to be included next time

This is fun, more of an opinion quiz than a hard-line answer.
I know that Morgoth created the dragons to insult Manwe, who had his Great Eagles. Kind of like how orcs are a direct insult to Eru and a mockery of the elves. It could be said that the dragons are corrupted beings that Morgoth bred, but he didn’t have the power to create proper life. Maybe they were just Maiar spirits he corrupted like the Balrogs.
Maybe he did create them with his pinky finger…
Wonderful newsletter Eno, I love the Rohan terrain, it looks beautiful

My head-canon for the dragon’s existence is that some of them were indeed corrupted Maiar, however the majority of the line were simply descendants of Maiar. Glaurung I am virtually certain is a Maia - he can speak despite being an animal in appearance, similar to Huan who I also suspect is a Maia spirit inside of an animal body. Glaurung also has a very strong direct influence over mortal minds, just like Sauron - and Saruman - do. Furthermore, there is a precedent for a Maia having children - the daughter of Thingol and Melian, Luthien. The only complication to this idea is that Glaurung would need a mate; one possibility would be that there were several Maiar who became dragons and from whom the entire race was descended. This could make the most sense, as the majority of dragons are winged - and Glaurung isn’t - so they would have to get their genes from somewhere else. Another possibility is that he cross-bred with existing creatures; perhaps a species of giant lizards that roamed the deepest reaches of Middle Earth, not unlike the Watcher? Do keep in mind that Ungoliant explicitly spawned a race of giant spiders, so there is some sort of mechanism for Maiar to become the progenitors of a new species. Perhaps their life force is transferred into this new species? Who knows.
Ancalagon the Black is either also a Maiar spirit that was corrupted later in the war, or perhaps a mortal dragon that was infused with a huge amount of Morgoth’s raw power - I would favour the second explanation.

Although that does beg another question…

What in God’s name was the Watcher in the Water?
Who made him?
Did he just want to be friends with Frodo and Nori? (dwarf from Balin’s Colony)

the watcher in the water is very stroncc and smexy